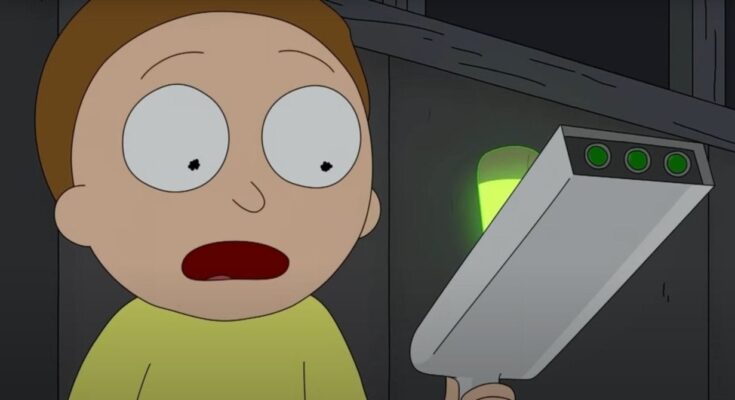 Rick and Morty began its one-hour finale with a story separating the titular duo, but as promised by the producer and more, the final episode of the series finally brought back a major fan favorite with the return of Evil Morty. After the beginning of the final episode, “Rickmurai Jack,” follows up on the major cliffhanger left over from Rick and Morty’s separation in the previous episode, the two of them head back to the Citadel after Morty ends up buying some fluid that ages him to 40 in an attempt to get Rick back. It’s here they finally meet President Morty.

When we had last seen Evil Morty (as part of the official series, and not the throwaway joke inside the Story-Train), he had officially been elected the President of the Citadel during the third season of the series. Rick and Morty had left this plot thread hanging, but finally made good on this promise with Rick and Morty’s return and a full return of what Evil Morty actually set out to do.

As part of Evil Morty’s return, this came with many other lore reveals such as the fact that the Ricks of the Citadel need Mortys so badly that they force them to exist by pairing various versions of Beth and Jerry together. They need the Morty’s penchant for forgiveness of them (something we see when Morty wants to get back with Rick so badly after he leaves him for two crows), and with this reveal, Evil Morty’s plan begins.

So Evil Morty’s return came with a number of reveals about Rick and the rest of the series’ lore as a whole, and proves that it is indeed possible for Morty to become like this if he ends up getting tired of all of Rick’s lies. But what did you think of Evil Morty’s return? Let us know all of your thoughts about it in the comments! You can even reach out to me directly about all things animated and other cool stuff @Valdezology on Twitter!