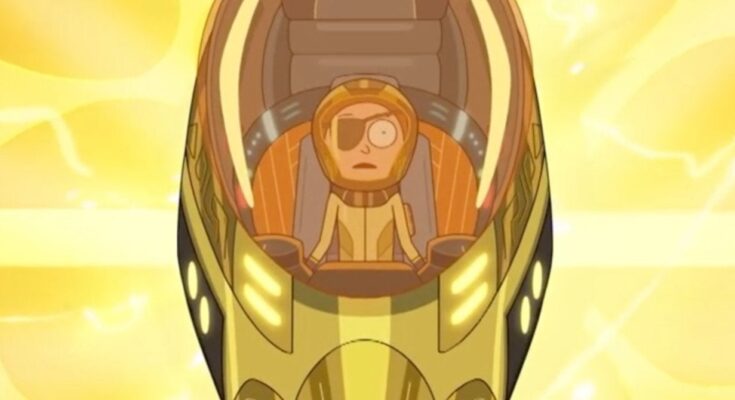 Rick and Morty has changed the rules of its multiverse forever with the final episodes of the fifth season! Season 5 had been primarily focused on telling episodic adventures for the most part, but that all changed with the final three episodes of the season. These came with major reveals not only for the characters, but game-changing shifts that introduced some wild implications for the future of the series as well. The biggest leading into the next season of the series and beyond is undoubtedly the widening of the multiverses surrounding the titular duo.

The final episode of Season 5, “Rickmurai Jack,” not only finally brought Evil Morty back into the fold, but revealed that his grand scheme involved one of the more curious teases dropped early on in passing, the Central Finite Curve. With the introduction and explanation for what this truly is, and with the final moments of the season overall, the series has completely changed how its multiverse is going to operate from this point on in future seasons of the series as now Rick won’t be the complete dominant force anymore.

Evil Morty reveals the existence of the Central Finite Curve, and it’s explained that this is the name for the multiverse that the various Ricks have crafted for themselves. It collects all of the universes in which Rick is the “smartest man in the universe” and the most dominant being, and unites them together in a constant loop that basically acts like a sandbox where the Ricks can always pretend that they are the biggest fishes in the sea. In fact, Evil Morty’s plan was to escape from this curve and head to the other side of it and explore other multiverses.

Evil Morty’s plan is then to use the entire stock of portal fluid and the energy united the Curve together and tear open a door to the other side. It’s implied at the end of the episode that Rick no longer has access to portals through his multiverse, and Evil Morty’s golden portal at the end confirms he’s made it to another multiverse altogether. This is potentially huge for future seasons of the series as it opens it up to way more adventures.

The series will likely stay episodic for the most part, but this major tease will be lingering on the back burner for potential future finales. Now that we’ve become aware that there are multiverses that Rick himself wanted to not only stay away from, but essentially keep himself safe from, it begs the question of what exactly could be out there in those other multiverses on the other side of the Central Finite Curve.

Not only do we get a tease that Rick might not be able to hop through his multiverse so easily anymore, but a tease that the entire multiverse concept in general has opened up that much wider. That means even more possibilities for the many seasons Rick and Morty still has to come. But what did you think of this cliffhanger? Let us know all of your thoughts about it in the comments! You can even reach out to me directly about all things animated and other cool stuff @Valdezology on Twitter!