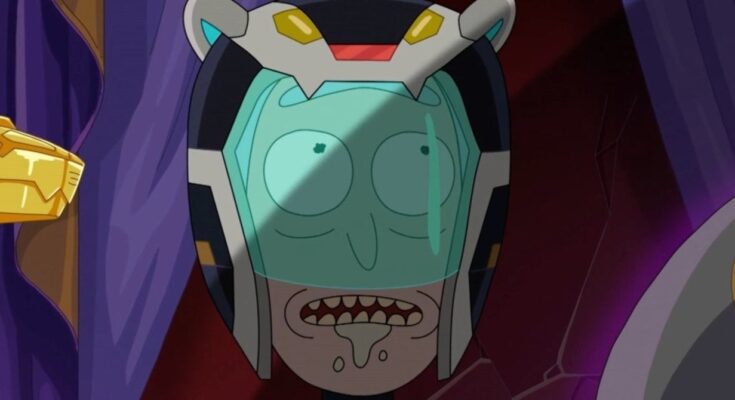 Rick and Morty‘s producer revealed how they felt about one of Season 5’s episodes being leaked out before it was supposed to premiere! New seasons of Rick and Morty are usually kept under tight wraps and left a mystery right up until new episodes premiere. Before these episodes start their run, usually the most we’ll get from a new season is the titles. But it was a bit different this time around as one episode ended up leaking out much earlier than it was initially intended to premiere on Adult Swim due to an unfortunate snafu.

Due to a mistaken upload to Amazon Prime Video in Canada, the seventh episode of the series, “GoTron Jerrysis Rickvangelion,” aired in place of the fourth episode of the season, “Rickdependence Spray.” This ended up connecting in a much different way than fans had expected, and that’s ultimately what disappointed Executive producer and showrunner for Rick and Morty, Scott Marder, about the leak overall.

Speaking with Interdimensional RSS: The Unofficial Rick and Morty Podcast, Marder had explained his complicated reaction to the Season 5 episode leaking early, “I know I was furious about it,” Marder began to explain before revealing that there was a small silver lining to the episode’s leak, “The only tiny upside…For instance, we release our titles and the fans pick those titles apart and try to make sense of things.” But what made it complicated was that the seventh episode featured the surprising return of the incest space baby, Naruto Smith, who first gets introduced in the episode that had been replaced by the leak.

“We’re really big on our security, and for that to be one…we rarely call things back,” Marder continued. “In our minds we were doing a special surprise [callback] in the same season. For that to air first in Canada, the only upside was that people didn’t understand it because…that aired in place of the first episode, so that was just a completely confusing, weird thing to them.”

But while there was a small silver lining, Marder was still understandably “bummed” about the leak, “I was bummed about it. You want things to air ideally in the order that you saw in your mind.” Thankfully, the final episodes of the fifth season overall have been kept under much tighter scrutiny than that unfortunate early release. Episodes that Marder teases will have some big rewards for fans of the series.

Rick and Morty returns to Adult Swim on Sunday, September 5th starting at 11:00PM EST with the final two episodes of Season 5, “Forgetting Sarick Mortshall” and “Rickmurai Jack.” What have you thought about Season 5 so far? Let us know all of your thoughts about it in the comments! You can even reach out to me directly about all things animated and other cool stuff @Valdezology on Twitter!

via Interdimensional RSS: The Unofficial Rick and Morty Podcast