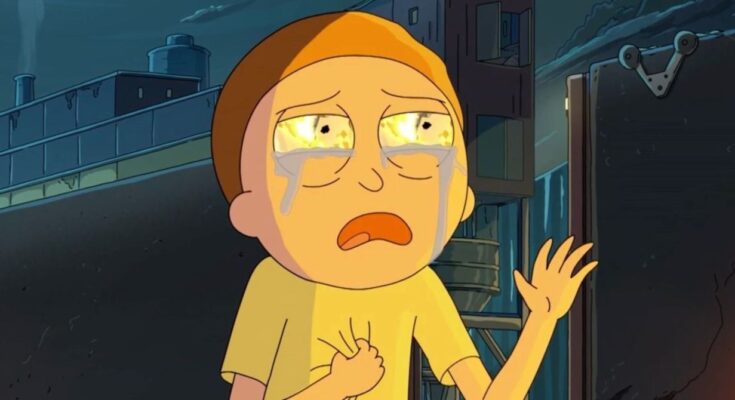 Rick and Morty‘s co-creator, director, and writer from the newest episode explained what went into Morty’s big break up with Planetina in Season 5! The fifth season of the fan favorite Adult Swim animated series is getting revved up, and the first two episodes had been fairly opposite of one another in terms of major developments for the characters. But the third episode changes things as it returns to the focus on Morty’s love life that we got to see in the premiere, but hits much harder as Morty goes through the full highs and lows of a new relationship.

Season 5 Episode 3, “A Rickconvenient Mort,” sees Morty dating Planetina, a very distinct parody character of Captain Planet (and the Planeteers, hilariously enough). While it starts off well for Morty, and pushes him further into adulthood as he experiences a real relationship for the first time (that isn’t part of a multiverse fake-out or brought on through a lack of negative emotions as we have seen in the past), and this resulted in some major heartbreak that the team behind the episode explained the process behind.

In a special looking into the episode shared by Adult Swim (that you can check out in the video above), Rick and Morty co-creator Dan Harmon, writer Rob Schrab and director Juan Meza-Leon opened up about how they approached such a massively depressing episode that hit fans quite hard when it came to its end. As Harmon explained how it was special to him because we got to see Morty go through such a passionate relationship yet experience all of the darkness that comes with it.

As writer Rob Schrab points point, the original idea for the episode was that Morty was going to get his heart broken for the first time, but Harmon had felt that it was the “biggest mistake in the world” to have the episode end with Planetina dumping Morty instead. Harmon also noted how it would have been easy in that way to make it cynical, and director Meza-Leon revealed that they approached that final scene in particular as the truly dramatic moment that it was.

Finally, as Schrab details, one of the core elements is also Morty’s relationship with his mother, Beth, as that final scene is one of the few times we get to see her act motherly instead of playing on the joke that she hates her kids like in the rest of the series. Then of course, the B story for the episode provides plenty of fun and obscenities for fans more into those episodes as well.

But what did you think of Morty and Planetina’s break up in Season 5’s newest episode? How are you liking Rick and Morty‘s newest season so far? Let us know all of your thoughts about it in the comments! You can even reach out to me directly about all things animated and other cool stuff @Valdezology on Twitter!