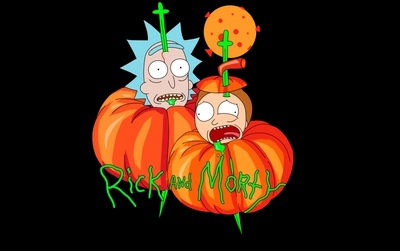 Rick and Morty brings their own spooky special with a Halloween episode. Adult Swim has partnered with the new release of Halloween Kills for a special promotional effort that resulted in a new mini episode for the series. This joins the list of anime shorts that the successful show has given us. It began with Samurai & Shogun in Spring 2020. It’s a good plan to give out a spooky version this year.

In the anime short, we see Rick and Morty in a fight as they head over to Japan to find parts for a special toaster. The episode is titled, “The Greta Yokai Battle of Akibahara.” Rick’s plan is to make the ultimate AI toaster, but they are forced to travel to Akihabara to get the spare parts. But things take a bad turn when they meet an evil general who wants to destroy the city. He then gets into his giant alien mech. Rick Doesn’t mind about the destruction, but Morty and the townsfolk urge him to take action. Then they build their own mech to fight the general. Oh, and the episode is in Japanese.

Season 5 of Rick and Morty ended in Summer, and work has already began for the sixth and seventh seasons. We are not sure about the release dates, but as per their pattern, season six can drop sometime in 2022, probably Summer once again. While we wait for new seasons to arrive, animated shorts like this one are a great way to keep the fans excited. The shorts are also available to stream in YouTube. Adult Swim has also confirmed that they plan to team up with other creators to make more shorts.