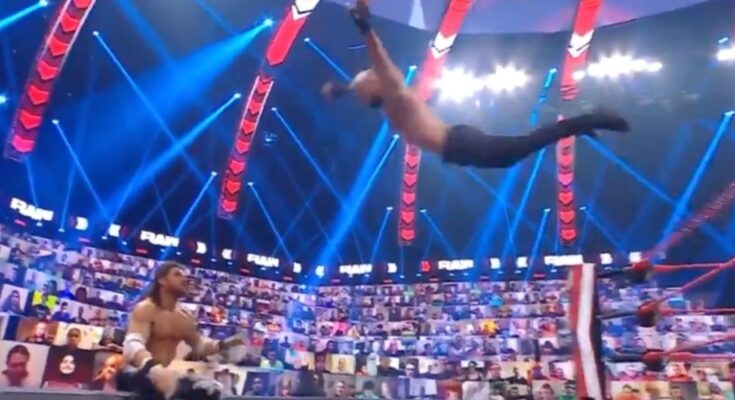 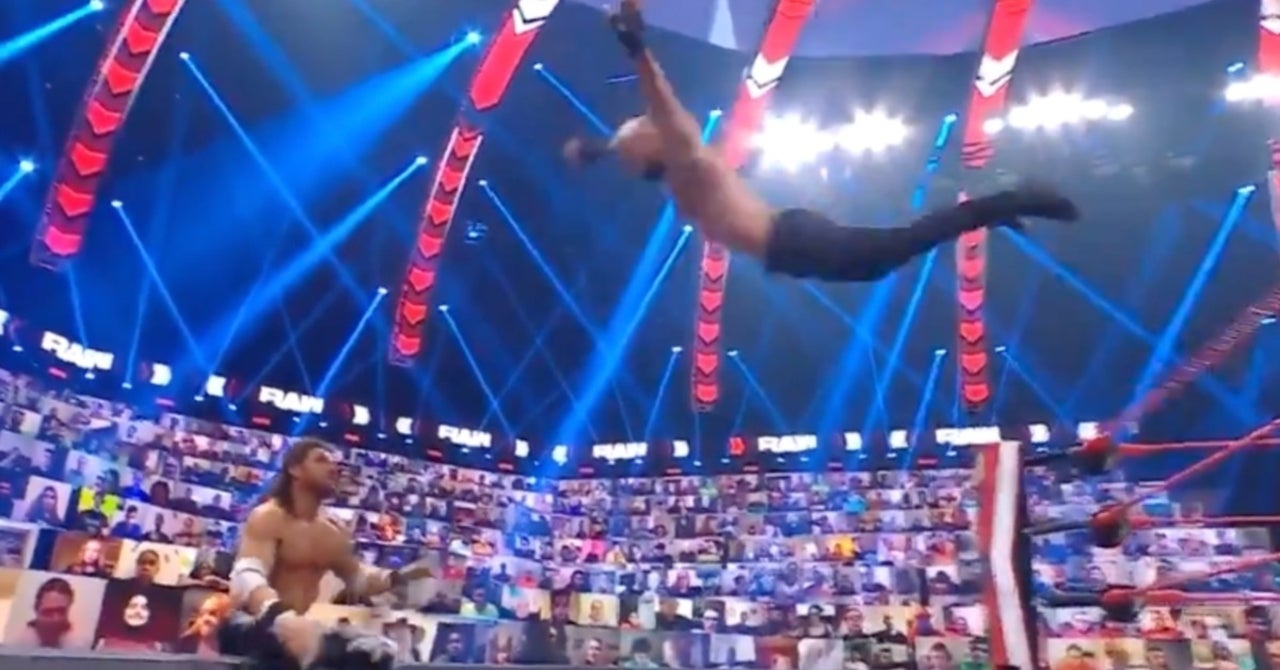 Ricochet gave fans a taste of what he’s bringing to the Money in the Bank Ladder match during this week’s Monday Night Raw, hitting a jaw-dropping dive onto John Morrison during this week’s Monday Night Raw. His bout with “Johnny Drip-Drip” came to an end when Morrison was left seated on the barrier outside the ring, giving Ricochet the chance to springboard off the ropes and hurl is body onto Morrison. The two men were both counted out as a result, ending the match in a draw.

The former US Champion earned his spot in the MITB match last week with an upset win over AJ Styles. Morrison punched his ticket by beating Randy Orton with a distraction assist from The Miz & Riddle.

Though @KingRicochet & @TheRealMorrison were counted out, they just gave a whole new meaning to the term “must-see” on #WWERaw!! pic.twitter.com/KwqwJfhqid

Prior to earning a spot in the eight-man ladder match, the former New Japan, Lucha Underground and PWG star has repeatedly shot down rumors that he’s leaving the WWE.

About the rumors going around…… pic.twitter.com/eETH72uflM

“But seriously, where the hell did these rumors start? I’ve never said once that I am leaving,” he wrote back in September. “To anyone! So for these ‘dirt sheets’ out there. Maybe facts check before you just blast some trash on your website for some clicks?”

Check out the updated lineup for Money in the Bank below: