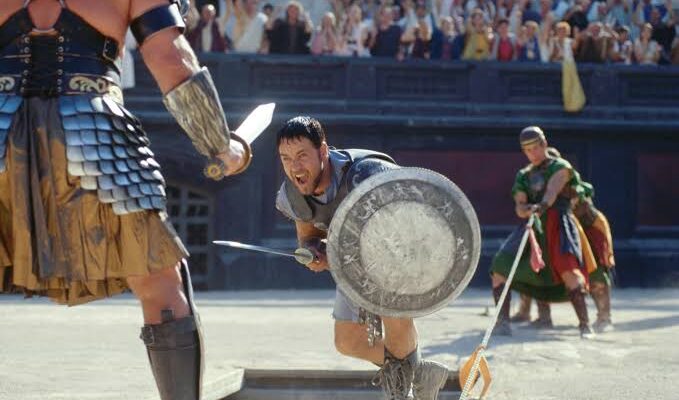 Every Ridley Scott project is surrounded with hype. The director usually gives one massive project after an interval, but this year he has two – The Last Duel and House of Gucci.

However, he plans to get busy for next year as well. The legendary director is currently busy with Kitbag, starring Joaquin Phoenix, which tells the story of Napoleon Bonapart.

Whats next in Scott’s itinerary is the sequel to 2000’s Gladiator. He’s ready to proceed with the movie once Kitbag is done. Various sources say that Kitbag might come sometime in 2023, so the Gladiator sequel will come in 2024 or beyond.

Gladiator 2 had been under development for sometime now. News of the sequel was first announced by Deadline sometime in 2018. All that have seen the first film will know that Maximus (played by Russell Crowe) won’t be part of this film after his heroic death in the final act. The lead this time will be Lucius, son of Lucilla (Connie Nielsen) and nephew of Commodus (Joaquin Phoenix). Lucius is someone who admires Maximus after he saved him and his mother.

Aside from being busy with promoting his new movies, Scott is also executive producing a number of shows. These include The Passage, A Christmas Carol, and Raised by Wolves. Apple TV+ picked up Kitbag earlier this year. Apple had earlier agreed to bankroll Scott’s passion project before, but now it’s become an exclusive. The film will start production in early 2022.

The Last Duel opens hits theatres on October 15, and House of Gucci arrives on November 24.

Also read: Apple Studios Are Coming Up With Brad Pitt And George Clooney’s Thriller Movie Under The Direction Of Jon Watts