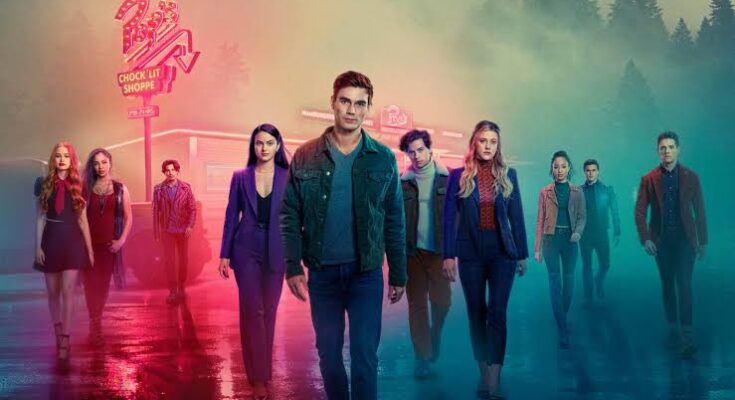 Season 5 of The CW’s hit series Riverdale ended on a note that viewers didn’t quite expect. We usually have to wait almost a year before a new season of Riverdale releases, but the season 6 premiere is closer than we expected. The CW has released a 20-second preview of season 6’s opening event, and titled it “Rivervale.” It will air alongside The Flash‘s “Armageddon” crossover event.

So what does season 6 have in store for us? Read on.

Showrunner Roberto Aguirre-Sacasa spoke to TVLine about the new season, and confirmed that it will firmly be in the horror genre. He said that things are a little darker, a little bit weirder, a little more twisted in Rivervale.

We already know that Cheryl Blossom’s (Madelaine Petsch) ancestor was a witch during the Salem Witch Trials. However, what was shocking was that she herself brought out an ancient curse to punish all who had wronged her. From the looks of it, her curse has already taken effect in the town, and something ominous has happened. The promo also didn’t include Archie (KJ Apa) and Betty (Lili Reinhart). They were last seen in Archie’s room, mere seconds before Hiram Lodge (Mark Consuelos) explodes it with dynamite.

After season 5, Consuelos announced his exit as series regular. He will make small appearances in the future, but that will be all. Archie and Betty’s current situation is unknown, but Apa had indicated in the past that he and his fellow leads will remain on the show for several years. So we can expect them to return soon enough.

Apa had also shared in 2020 that they all want to shoot movies. Everyone was craving to work on other things but are stuck in Vancouver for Riverdale. He said it’s awesome that they can work on other projects too, as he doesn’t want to play Archie for the rest of his life.

Check out the season 6 promo below.