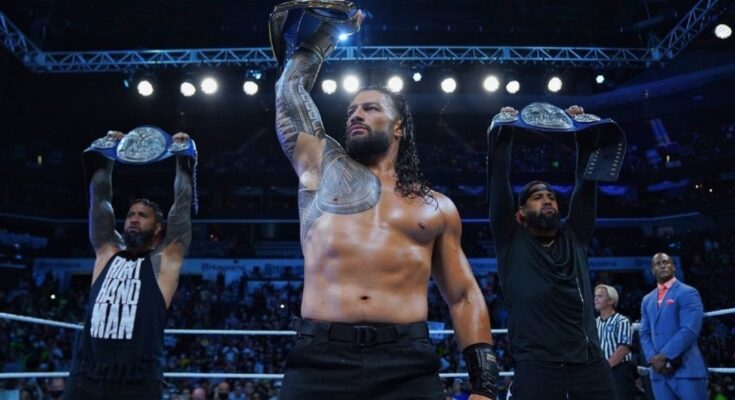 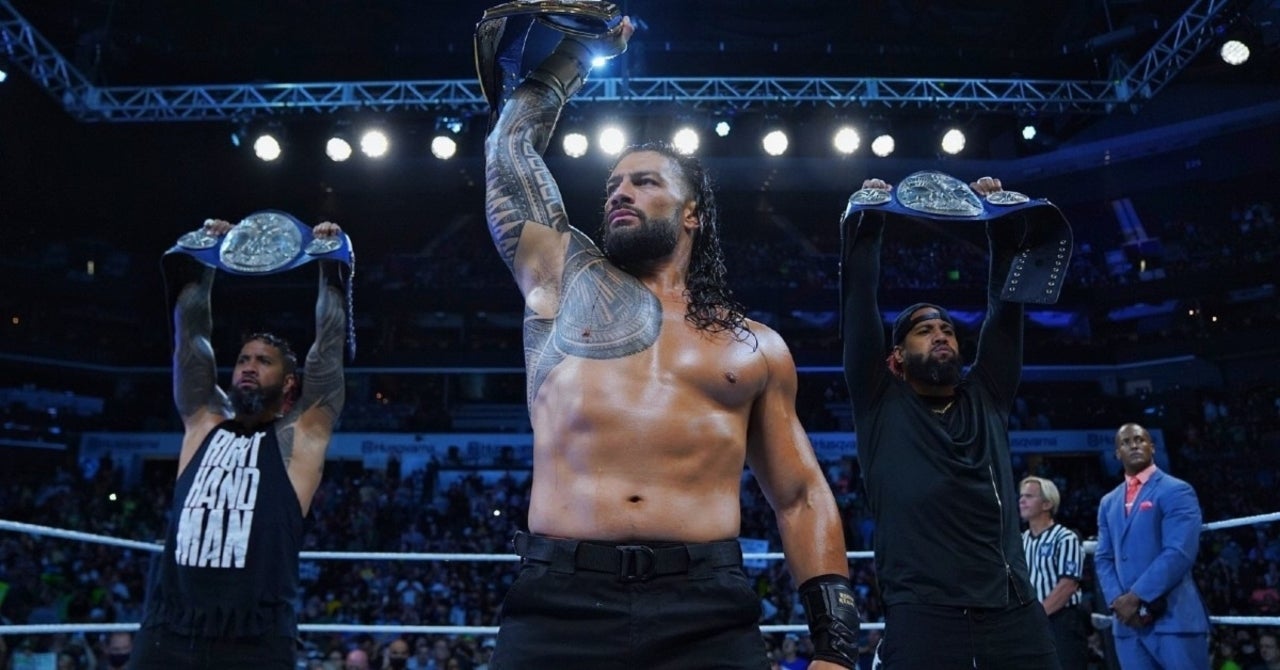 Roman Reigns has been at the pinnacle of the WWE since making his surprise return at last year’s SummerSlam. Prior to that “The Tribal Chief” had opted to step away from WWE programming just before WrestleMania 36 as the COVID-19 pandemic was first starting and WWE had moved all of its operations to the Performance Center. In an interview with the Sports Illustrated Media Podcast this past week, he explained that he specifically asked for two things prior to his return — work with Michael Hayes behind the scenes and have Paul Heyman by his side in front of the camera.

“I’ve said it before, I don’t think — I’m sure I could do it but I don’t think I would wanna do this without him [Paul Heyman] in my corner, and he’s one of very few, you know? There’s — I had two requests. I wanted to work with Michael Hayes, that’s my guy,” Reigns said (h/t POST Wrestling). “He’s been with me from The Shield days and even before that with my family and a lot of the people around me have been in relations and in close contact with my family, even before my time as a performer, back when I was just a kid. So they have a great history with my family and they’ve taken to me like family, like blood and those are two guys who are critically in my process — Michael Hayes and Paul Heyman.”

During the same interview, Reigns revealed he’s been operating on TV without being fully scripted since his return.

“You know there was a portion of my career where I’d either read a script or I would try to adjust the script as much as possible,” Reigns said. “But, you know, for a while now, especially since I’ve come back from my little leave during the beginning of the pandemic since SummerSlam, I’m not scripted. I say what I want to, I say what I feel. And if it comes out of my mouth, it’s my verbiage. I come up with it, I deliver it and that’s why it’s been the way it’s been because it’s mine.”

Check out the updated lineup for this year’s SummerSlam below: