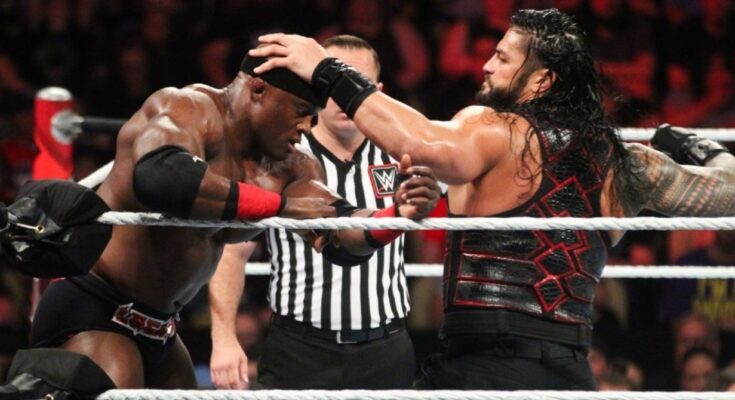 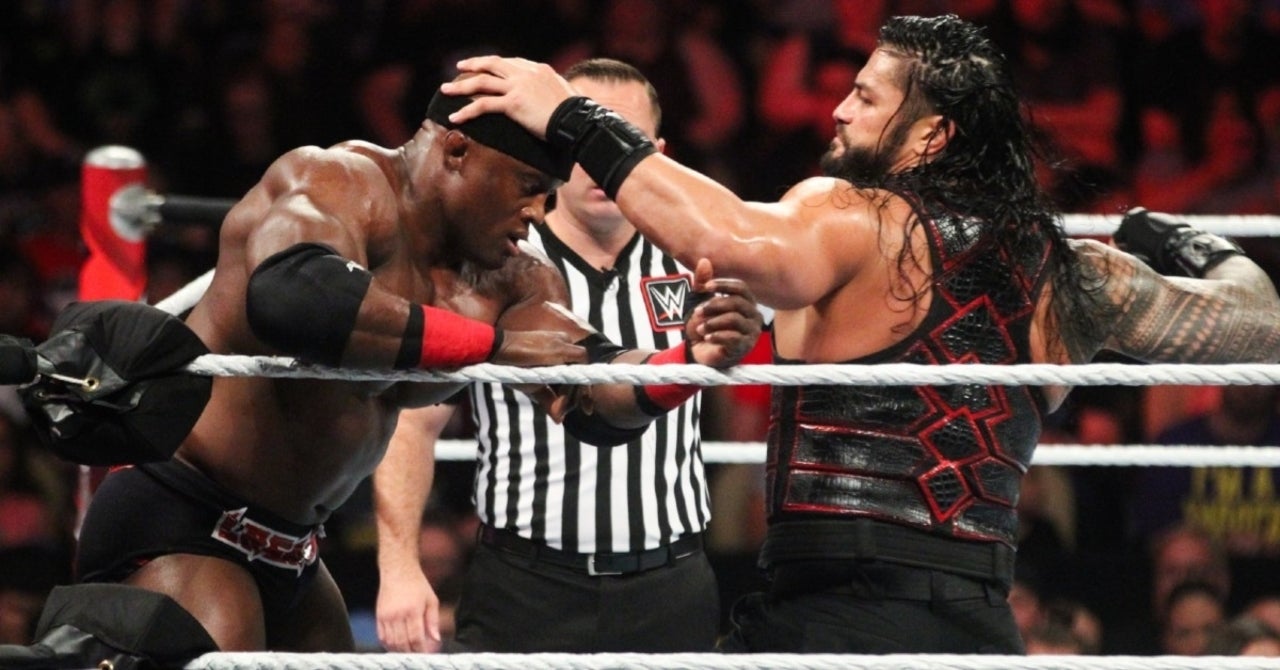 WWE’s world champions Roman Reigns and Bobby Lashley both have title defenses lined up for Money in the Bank tonight and both have big rumored matches reportedly lined up for SummerSlam next month. But while the pair likely won’t cross paths for a while given that they’re on separate brands, Paul Heyman and MVP are already putting the wheels in motion for a champion vs. champion bout. Heyman took to Instagram over the weekend to post a statement about Reigns, once again praising him for being the undisputed pillar of WWE. Porter took offense to that, given Lashley’s status as WWE Champion over on Raw.

“Last night was the first time @WWE #Smackdown was presented in front of LIVE audience since the start of the Era of the #TribalChief, and it all re-affirmed where #UniversalHeavyweightChampion @romanreigns stands right now, which is head and shoulders above anyone else .. above their connection to the crowd … above anyone else’s ability to raise the temperature in the room that’s already boiling over,” Heyman wrote. “To be blunt, this is a most pivotal run in the chronicles of World Wrestling Entertainment. #RomanReigns has upped the levels of what an absolute top superstar in #WWE can deliver. And … here’s the best part … we’re just getting started!”

Porter responded, “While I both understand and respect the praise you heap on your associate, I strongly disagree with your assessment,” MVP wrote. “Primarily the ‘anyone else’ part. I know a guy. An ‘All Mighty’ one…”

If (and it’s a pretty big if) both men are still holding their respective world championships by November, fans could see WWE pair them up for a champion vs. champion bout at Survivor Series. Last year’s show saw WWE headline the annual event with Reigns beating then-WWE Champion Drew McIntyre. In his own interviews, Reigns has been boasting (somewhat in-character) about how he carried WWE through the Pandemic Era.

“The live crowd has always enhanced my presentation. My reactions have always been, if not the very best, certainly up there with the very best. I’ve now showcased the layers as a performer to be able to do it without a live audience. I’ve had a strong hold on SmackDown and SmackDown being the very best portion of WWE. It’s shown me as the number one guy,” he told CBS Sports this week.

“That’s my legacy coming out of the ThunderDome,” he continued. ” Hands down, without question, it can be debated for great content on social media and WWE.com to put these polls and try to make an argument. But there’s no argument. There’s been nobody to ever carry the WWE product like I have over the past year and I stand on that. You can throw anybody out. We can try and be nice and say, ‘Oh, Bayley! She just got hurt. She was the best.’ Come on, let’s not lie to ourselves. The Tribal Chief has carried the WWE for well over a year now and there’s no denying it.”