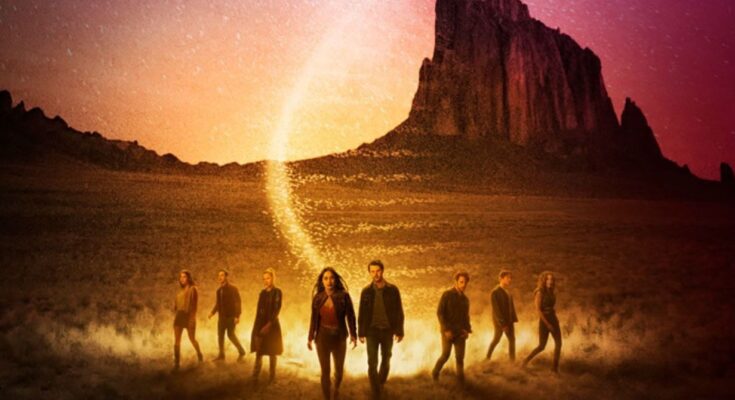 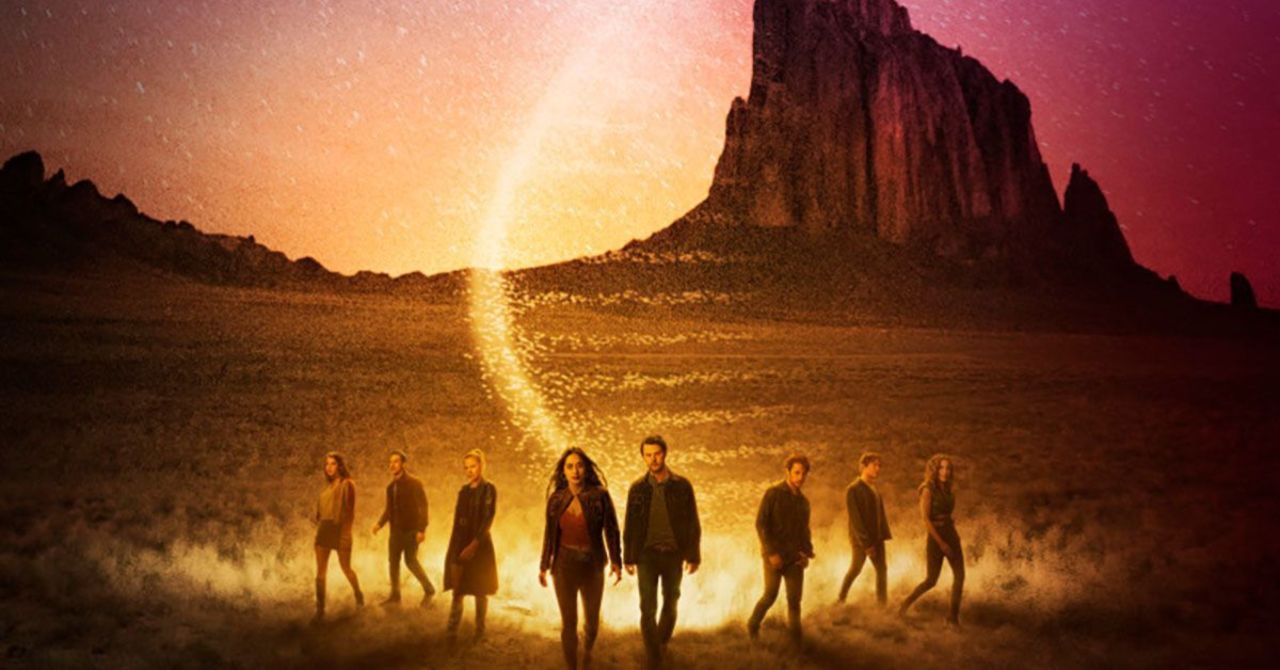 The CW has released a new poster for Roswell, New Mexico. The series will return for its third season on Monday, July 26 at 8 p.m. ET on the network. The poster features the show’s main cast walking through the New Mexico desert with a DNA double helix structure glowing in the sky behind them and bears the tag line of “Where do you come from?” The poster and tagline seem to be a reference to some of the big reveals during the show’s second season.

In the second season of Roswell, New Mexico, it’s revealed that Maria DeLuca (Heather Hemmens) is of alien descent as her great-grandmother was Louise, one of the aliens who crashed in Roswell in 1948, something that makes her related to Isobel (Lily Cowles). They also discover that Max (Nathan Dean Parsons) is not Louise’s son, meaning that he isn’t actually related to Isobel. Instead, Max, Isobel, and Michael (Michael Vlamis) discover another alien pod containing Mr. Jones, the alien who caused the crash in 1948 and who looks a lot like Max. On top of that, Liz (Jeanine Mason) leaves Roswell for California to further her career.

It’s unclear at this point exactly where Season 3 of Roswell, New Mexico will take the characters, though we do know that we’ll find out more about the mysterious Mr. Jones and why Max looks so much like him. We also know that the series has already been renewed for a fourth season. In February, The CW announced that Roswell, New Mexico, along with The Flash, DC’s Legends of Tomorrow, Batwoman, Riverdale, Dynasty, All American, Charmed, Legacies, In The Dark, Nancy Drew, Walker, and Superman & Lois had all been renewed for the 2021-2022 television season.

The truth will be revealed. Season 3 premieres Monday, July 26! Stream next day free only on The CW. #RoswellNM pic.twitter.com/urpqa7QWRe

“Though we’re just a few weeks into the new season, we wanted to get a strategic head start on next season with these early renewals, which allows our production teams to start laying out story arcs and hiring staff, and at the same time, continues to provide us with a strong, stable schedule to build on for next season,” The CW Chairman and CEO Mark Pedowitz said in a statement at the time. “As The CW’s 2020-2021 season kicks into high gear, we are thrilled creatively with the direction of our first new shows out of the gate, Walker and Superman & Lois, that we wanted to order the additional episodes to complete their first seasons, and we are particularly pleased with the huge success of the launch of Walker, which debuted as our most-watched series premiere in 5 years.”