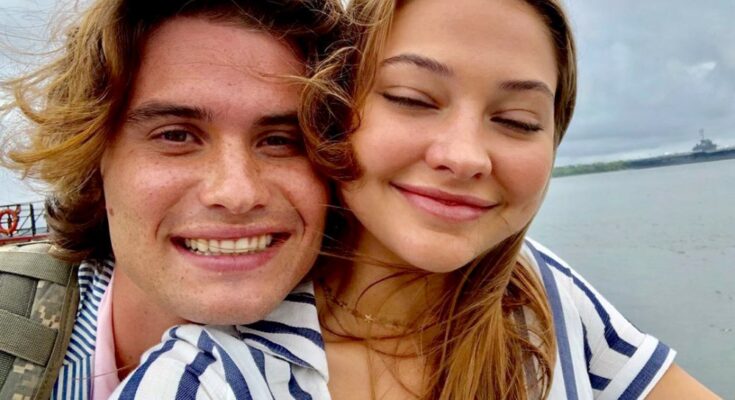 Are these rumors true?

“Outer Banks” is one of the popular show by Netflix. It stars Chase Stokes, Madelyn Cline, Madison Bailey, Jonathan Daviss and many more actors. “Outer Banks” was first released in 15th of April, 2020 and may have another extension too in future. However, for now, the show is trending again because of its co-star Chase Stokes and Madelyn Cline. The two young actor of the Netflix show were dating and now rumors are there that they are no more together.

Both Chase Stokes and Madelyn play John B and Sarah Cameron respectively on “Outer Banks”. The pair was loved by fans as they never left anything unshared. They openly talked about their relationship and never hid anything. However, the “Outer Banks” thinks that the couple is on the verge and might or have breakup already.

Read below to know more about the breakup of Chase Stokes and Madelyn.

Is it the end of the road?

Recently, Chase was seen flirting with some other girl at a party. Thus, this has sparked a hot rumour that he is no more in a relationship with Madelyn. Moreover, many reports says that he has also cheated on her.

When did the sparks fly?

The duo confirmed their relationship back in June 2020. They made it Instagram official and Chase was often seen commenting on her photos. Moreover, last year in November, Madelyn said that she is in love with Chase. She also said that he is her favourite person. In fact, PDA became very casual for them.