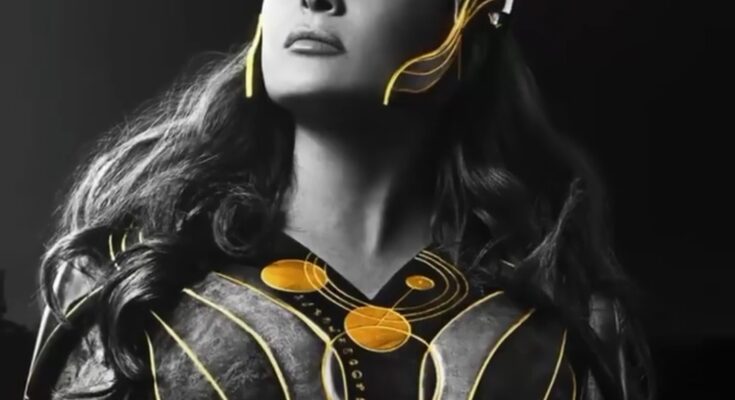 Hayek shared that her character Ajak can’t have kids

Shang-Chi and the Legend of the Ten Rings was the talk of the town for about two weeks. The movie reminded the film industry that Marvel Studios can perform well, even during a pandemic. Now the attention is slowly shifting to the next big project – Eternals. Similar to Shang-Chi, Eternals will also bring brand new and diverse heroes into the MCU’s roster. They will carry the story in Marvel’s Phase 4 and beyond.

The movie is co-written and directed by Nomadland‘s Chloé Zhao, and it’s about a group of immortal aliens who have been on Earth for millenia. The Eternals are given one task by their overlords, the Celestials, which is to not interfere in Earth’s affairs unless their evil counterparts, the Deviants, are involved. The Deviants were dormant for centuries, but when the second snap in Avengers: Endgame brought back Earth’s population, the Deviants got energy to make a comeback.

The movie is an ensemble project with a star-studded cast. It include Salma Hayek, Angelina Jolie, Richard Madden, Gemma Chan, Kit Harington, Kumail Nanjiani among many others.

During an interview with Total Film, Hayek revealed some details about her new movie. She said that her director Chloé decided to tackle the concept of leadership from the perspective of motherhood. However she added that she’s an alien, not a mother, and that she can’t have kids.

In the comics, her character Ajak is actually a male. Hayek said that proposed to Zhao something that is very specific to motherhood. Fans are already aware that Ajak got gender-swapped, and Hayek had spoken about being the mother figure for the rest of the team. What remains is whether it’s just her character who is infertile or if Eternals can’t procreate as a whole.