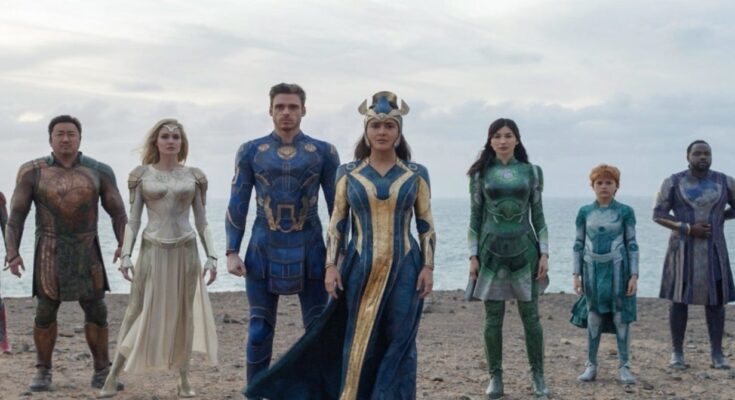 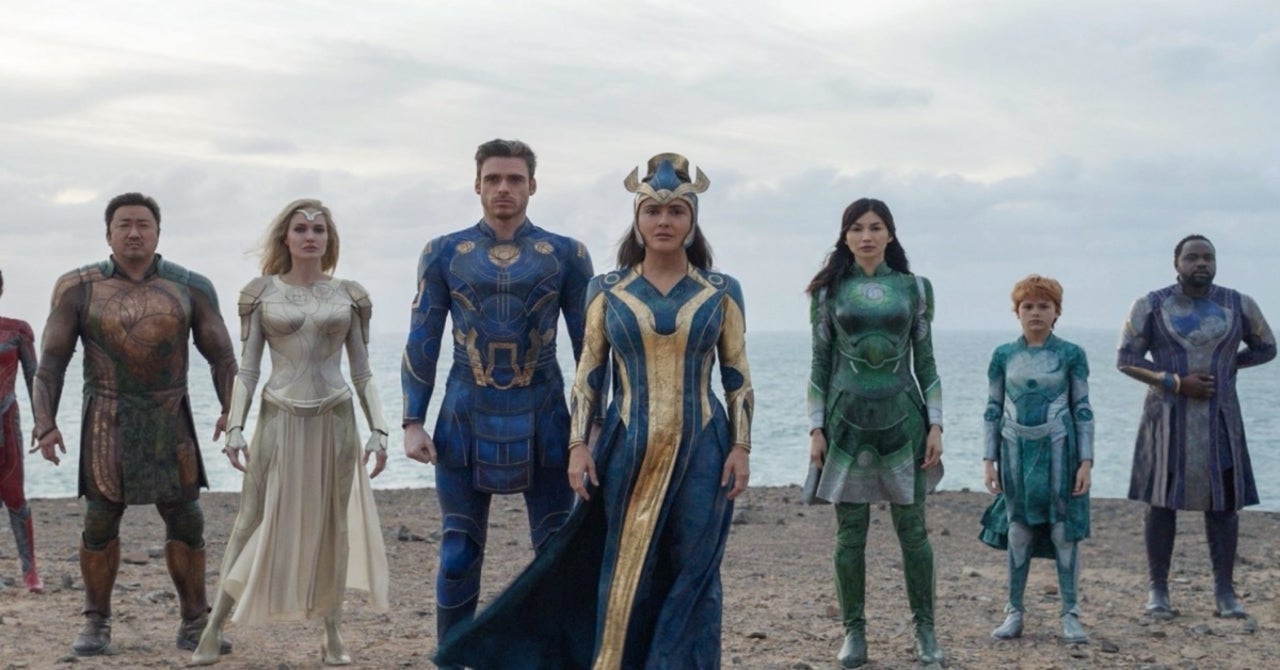 Salma Hayek says it’s “a miracle” she’s playing Ajak, the spiritual leader of the Eternals, in “the one Marvel movie that is completely diverse and very different” for the Marvel Cinematic Universe. First-time Marvel director Chloé Zhao, who made history in April as just the second woman and the first woman of color to win the Best Director Oscar, personally picked the Frida actor to play the wise healer capable of communicating with the Celestials. Hayek is part of a cast that includes fellow MCU newcomers Brian Tyree Henry as Phastos, Marvel’s first openly gay superhero, and Lauren Ridloff as Makkari, the studio’s first deaf superhero.

“That’s like a shock. It’s beyond cool. I think it’s a miracle,” Hayek said of her Marvel role on The Kelly Clarkson Show. “I love it that I’m in the one Marvel movie that is completely diverse and very different than all the other ones.” Hayek added she’s “super proud” to be part of the first Marvel movie to be helmed by “the second woman that actually wins an Oscar for Best Director.”

The 54-year-old actor previously revealed she nearly passed on Eternals because she assumed it was for a small supporting role as a “grandmother,” telling Entertainment Weekly: “I said, ‘Forget it’ (laughs). I said, ‘God knows what kind of grandmother they want me to play.’ I’m used to being [told] I’m going to be the extra or the old prostitute. And then they said the director was Chloé Zhao, and I said, ‘Okay! Let’s have the meeting!'”

For Zhao, it was the Kevin Feige-led studio’s re-imagining of the classic Marvel Comics characters that encouraged her to direct Eternals.

“That really impressed me, how diverse the cast was [in early drafts],” the Nomadland director told EW. “Not just in terms of gender, race, age, but overall, I could see the desire to reflect the world that we live in, as much as possible. That is great, but what was most important to me was actually to be able to tell a story and to craft characters to be as individual as possible, and to really showcase what’s underneath the surface of what they look like and what they represent.”

Marvel Studios’ “Eternals” welcomes an exciting new team of Super Heroes to the Marvel Cinematic Universe. The epic story, spanning thousands of years, features a group of immortal heroes forced out of the shadows to reunite against mankind’s oldest enemy, The Deviants.

Marvel’s Eternals is scheduled to open in theaters on November 5.