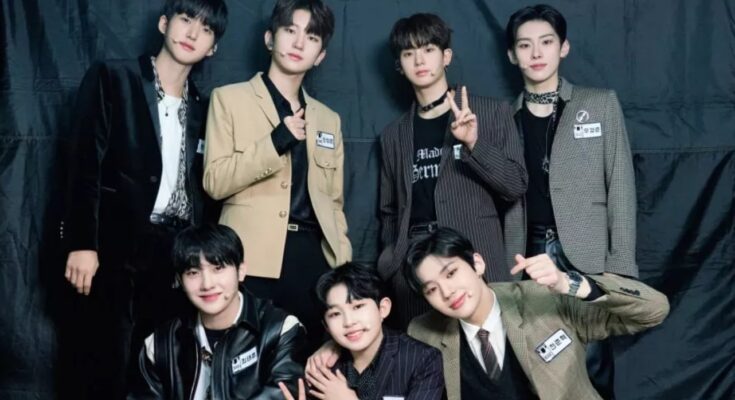 High Alert! we have another Korean Band To Admire On

P Nation has recently changed their profile and it seems like something fresh is cooking in their. Certainly, it is nothing but picture of its upcoming boy group band. Last week’s episode of SBS’s LOUD program was a final call where JYP Entertainment founder Park Jin Young and P Nation founder PSY were to announce the debut of their upcoming groups.

He is 19 years-old and is born on 30th August 2002. He is one of the survival of the show, LOUD 2021. People also know him by his nickname Mr Hot-Cold while his English name is Justin Woo.

He is 18 years-old and is born on 19 Nov, 2002. He is one of the contestant at LOUD and is also a trainee at P Nation. Moreover, he also loves soccer, swimming, shooting and archery.

He is just 17 years-old and was born on Sep 16, 2003. Jang loves agriculture and hates fish. People also loves his eyes.

He is 16 years-old and was born on Sep 20, 2004. Cheon loves drumming and basketball. People also know him by his nickname, Gaji Gaji. His nickname is inspired with rhyming Korean name of eggplant.

He is 16 years-old and was born on 11 Nov, 2004. Eun loves rapping, composing music and skiing. He has self taught to write music and play the keyboard.

He is 16 years old and was born on Aug 30, 2005. Oh Sung passed the first round with JYP badge at LOUD. He loves playing computer games.

‘The Way of the Househusband’ Part 2 arriving, read here.