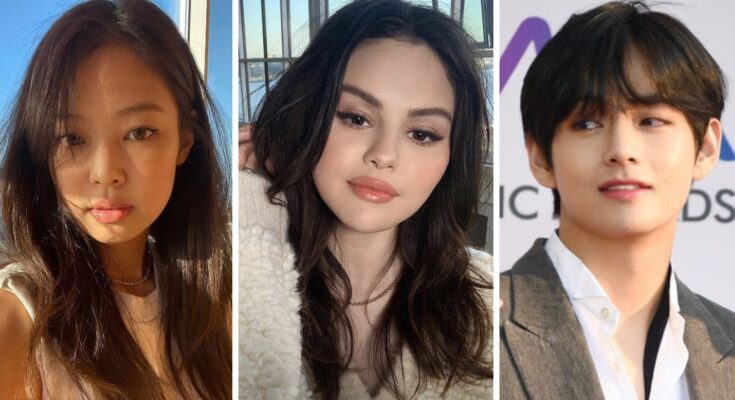 K-pop and western music together- What else could have been the most exciting news for the music fans? It appears that fans have been exposed to a variety of interactions amongst their favourite celebrities.

Fans were happy on August 23 when Selena Gomez went on the social media site and began following many individuals. two of whom are none other than K-Pop artists BTS and BLACKPINK!

Many fans were surprised to learn that Selena had only recently joined BLACKPINK after their collaboration for the song “Ice Cream” was a tremendous success last year. It was one of the first major modern collaborations, according to many enthusiasts. Fans were also ecstatic to see BTS appear on the accounts she follows.

Selena Gomez has always been open about her fondness for BTS. On her Instagram Live, and she even had the cutest reaction after witnessing the band dance during an awards show. between the two sectors, and fans couldn’t get enough of them.

In the past, the members of BTS have proven that they are great Selena Gomez admirers. Several interviews in America, particularly during awards season, revealed the band’ affection and support for the artist. Members RM and V, in particular, are effusive in their admiration for her, which is endearing.

Of course, when fans discovered Selena Gomez following both groups, many assumed it was a sign of a future collaboration.

Many expect that BLINKs may perform a new collaboration or even “Ice Cream” at an upcoming awards event if the scenario allows it. ARMYs have also expressed their excitement at the prospect of the artist joining the group.

Whatever the motivations were for Selena Gomez to follow the organisations, fans can expect some interactions in the future. Meanwhile, watch the classic BLACKPINK and Selena Gomez collaboration below!