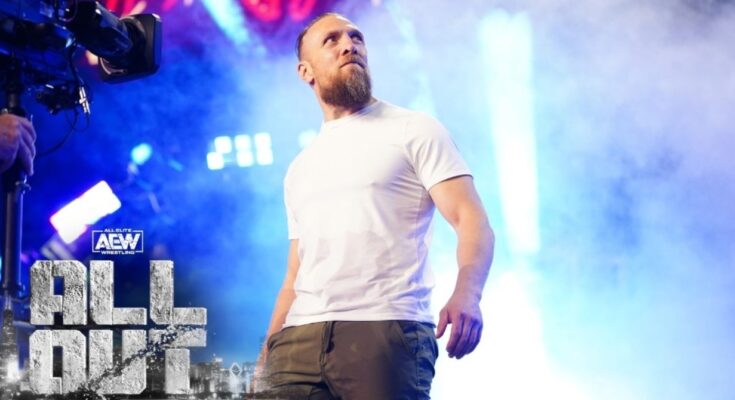 AEW’s All Out pay-per-view proved to be one of the best shows in the company’s history. But with new names like Bryan Danielson, Adam Cole and Ruby Soho now on the roster and the company’s New York City debut set for Sept. 22, the young promotion will likely keep its momentum rolling with more must-see matches. Based on everything that happened on Sunday night in Chicago, here are seven new feuds AEW can start beginning with this week’s AEW Dynamite in Cincinnati.

Are there any we missed? Let us know in the comments, and check out the full results from All Out below!

Jungle Boy was the first man Cole attacked after revealing he was back with The Elite, and he was the first potential opponent Cole named during the post-show media scrum.

Soho’s AEW debut saw her win the Women’s Casino Battle Royale, meaning she gets the next shot at Baker’s world championship. It wouldn’t be a surprise if this is one of the top matches for AEW Dynamite: Grand Slam at Arthur Ashe Stadium in a few weeks.

The Lucha Bros. vs. Santana & Ortiz

Satana & Ortiz tore the house down in their rematch with FTR on last week’s Dynamite, while the newly-crowned AEW World Tag Team Champions put on a Match of the Year contender inside a Steel Cage with The Young Bucks. Given that AEW likes to highlight wrestlers when they’re in their hometown, it’s entirely possible the Inner Circle members get the first shot at the Lucha Bros.

#ANDNEW! The #LuchaBros are the #AEW World Tag Team Champions and the @Now_Arena is going bananas!

MJF needs a new program he can sink his teeth into, and he can have an absolute field day going after the former WWE Champion. The promo battles alone will be worth it.

The Best in the World! @CMPunk wins in his first match back in 7 years! #AEWAllOut pic.twitter.com/SOpg6VsYWL

Minoru Suzuki’s arrival at All Out was unquestionably one of the highlights of the night and his match with Moxley on this week’s AEW Dynamite should be outstanding. But don’t let that distract you from the fact that Moxley vs. Tanahashi for the IWGP United States Championship is still the endgame.

OH MY GOD! @suzuki_D_minoru has come to #AEW for @JonMoxley! The forbidden door has been blasted open!