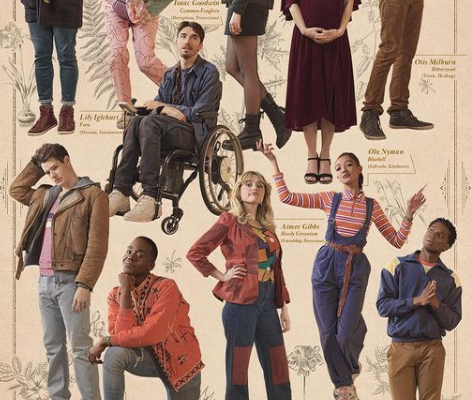 Like clock’s work, Sex Education season 3, created by Laurie Nunn, comes around once again. Netflix’s undoubtedly stimulating show premiered its third season today ( September 17). From the beginning to the present, the series continues to retain its spell on the viewers. Read on to find out what new things have season 3 unveiled.

Otis and Maeve are likely to get together

In the season 2 finale, we saw Isaac deleting the voicemail Otis left for Mauve, expressing his love for her. There is no exaggeration in saying that this got fans all over the world frustrated. Now the season three is finally here to give fans all the answers.

Netflix also shared a clip recently featuring a moment between Otis and Mauve. The clip showed Mauve asking Otis what the voicemail said.

Well, you can watch season 3 on Netflix to find out if Otis has opened up!

Moordale High gets a new Headteacher

Following the dismissal of Principal Michael Groff because of a bawdy alien-themed play, the school gets a new headmistress Hope Haddon. Nevertheless, the school is now tagged as a “sex school” by the media. The new headteacher Hope Haddon is no entertainment as she uses Dolores Umbridge’s approach to discipline students. She absolutely reminds us of Dolores Umbridge from Harry Potter movies.

Further, she imposes many regulations on students, like introducing uniforms. We see students struggling a lot to abide by the new rules. However, it is delusional to hope for things to go back.

More about the plot

While Sex Education show has been popular for dwelling on bold topics that affect the life of a teenager, this time it delves into issues less tame than before. In season 3, we also see Otis and Mauve evolve into two fully-fleshed humans. It is truly exceptional how the characters of the show evolved throughout three sensational seasons. This season tends to focus a lot on the evolution of Adam and Eric’s relationship. In fact, the season as a whole feels like it is Adam-centric.