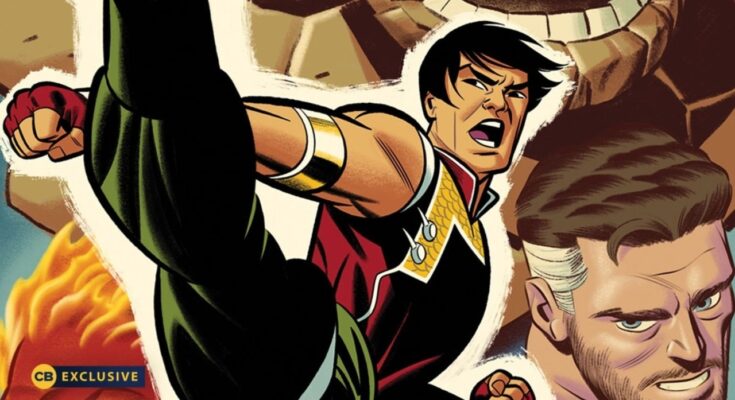 It’s been quite the adjustment for Shang-Chi over the past year, as the martial arts legend attempts to balance his duties as leader of the Five Weapons Society with being a hero. As he’s learned recently though, that is not an easy task, and often the line between those two sides is awfully blurry. Over the course of his latest series, Shang-Chi has had to cross several of his friends, including Captain America, Wolverine, and Spider-Man, and in Shang-Chi #4 he’ll end up at odds with Marvel’s first family, the Fantastic Four. It’s certainly going to be a memorable throwdown, and you can get an exclusive first look at the big issue in the preview starting on the next slide!

Shang-Chi has teamed up with all of Marvel’s heroes at some point in the past, but old allegiances are not going to keep him from getting to his goal. In issue #4 we find out he’s being called by something mysterious to access the Negative Zone, and to access it he’ll need to break into the Fantastic Four’s headquarters. Granted, Shang-Chi can certainly handle the task, but he’s got to be prepared to take on his former friends to make it happen.

As you can see in the preview, the Fantastic Four are not going to just let him waltz in without a fight, so the question becomes what or who is waiting on the other side for Shang-Chi, and what will it mean for him moving forward? Guess we’ll just have to wait to find out.

Editor Darren Shan teases what’s calling Shang-Chi, saying “Someone or something is really driving Shang-Chi to breach the Negative Zone. And that feeling is so powerful, our hero is willing to defy Marvel’s First Family to make it happen!”

You can check out the exclusive preview starting on the next slide.

“SHANG-CHI VS. THE FANTASTIC FOUR! Someone has been sending Shang-Chi strange messages in his dreams…and the messages seem to be coming from the Negative Zone! But who is sending him these messages? And what do they mean? And why are the Fantastic Four standing in his way?”

All Hands on Deck