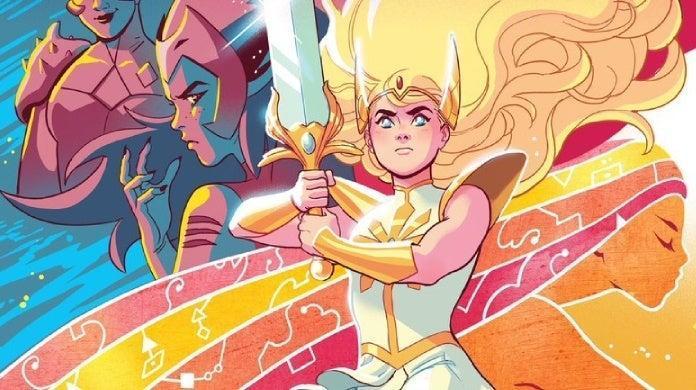 She-Ra is ready to get back into action, and fans will be thrilled to hear how her project is going down. After taking over Netflix with She-Ra and the Princesses of Power, the heroine is coming back to life in a live-action series. Amazon is heading up the project as Variety reports, but little info is known about the project at this time.

According to current reports, this live-action television series is in its youngest stage. No writers or executive talent has been associated with She-Ra just yet. For those wondering, this new project will not be tied to Netflix’s latest animated series. Variety says this upcoming live-action adaptation will be a standalone tale, so the slate is blank here.

Of course, fans of She-Ra are excited to see where this project will go. If Amazon does give a full series order, it will mark the first full live-action order for She-Ra. The heroine originally debuted back in 1985 under He-Man‘s umbrella, and the Masters of the Universe star got her own cartoon before long. She was then brought back to headlines with Netflix’s five-season romp which received critical acclaim from fans.

Now, She-Ra has the chance to revamp her story for live-action. If this story goes back to the heroine’s roots, this means He-Man will be involved in some way. Back in the day, She-Ra was down as Princess Adora and was Prince Adam’s long-lost sister. The girl was kidnapped as a mere baby, and she grew up brainwashed to fight her estranged brother. After being freed, She-Ra wields the Sword of Protection and fights alongside her new friends. So if Amazon goes that angsty route, She-Ra fans shouldn’t be too surprised.

This is not the first Masters of the Universe project to make its way back to life. Recently, Kevin Smith oversaw Netfliix’s anime take on He-Man, and another cartoon covering Prince Adam will debut shortly. A live-action film of He-Man has also been in the works for years, and at one point, Noah Cintenio was slated to star as He-Man himself. However, the Netflix star left the project, and no word has been given on recasting yet.

What do you make of this live-action transition? Are you happy to see there is more She-Ra on the way? Share your thoughts with us in the comments section below or hit me up on Twitter @MeganPetersCB.