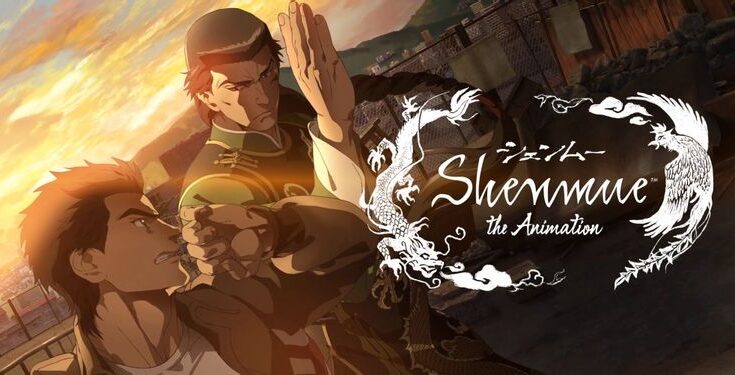 Crunchyroll reveals the first look video of Shenmue The Animation, its 2022 release

Earlier on Thursday, Crunchyroll released a first look trailer as well as a new key art of the upcoming anime series. While the trailer didn’t give away much, it did reveal that the series will be with reference to Shenmue I and II video games. Moreover, the video featured the game’s protagonists Ryo Hazuki and Shenhua Long. Indeed, the fans of the video game will be well familiar with these characters.

Shenmue The Animation is a joint project of Crunchyroll and Adult Swim. The anime series follows Yu Suzuki‘s Shenmue game franchise. While Chikara Sakurai (One Punch Man season 2) will direct the series, video game director Yu Suzuki will executive produce it. The direction will reportedly take place at Telecom Animation Film. On the other hand, Sola Entertainment will handle production management.

The 13-episode anime series will roll out in 2022 and stream on Crunchyroll. Additionally, Adult Swim will air the series on Toonami in the U.S.A.

As per Crunchyroll, the anime series is an adaptation of SEGA’s Shenmue game franchise. Shenmue The Animation follows Ryo Hazuki’s tale of vengeance. Upon learning his father’s demise at the family dojo, Ryo decides to find the person liable for the same. He later moves from the streets of Yokosuka, Japan, to the city of Hong Kong to find the culprit. The show further features Ryo turning into an excellent martial artist as he unearths a larger conspiracy behind his father’s death.

First look at Shenmue the Animation, a Crunchyroll and @AdultSwim Original, coming 2022!! 🔥 Premiered at #NYCC 🔥 pic.twitter.com/T3YOIMaXiM

The Shenmue game premiered first in 1999, followed by a sequel in 2002. Developed by SEGA, the franchise didn’t see its third part release until 2019 through a Kickstarter campaign.