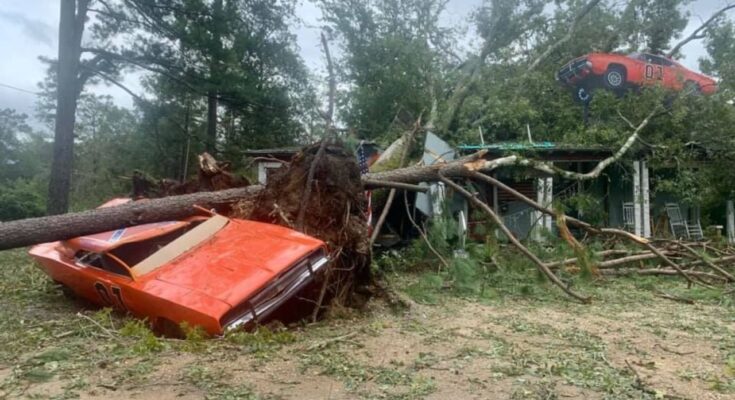 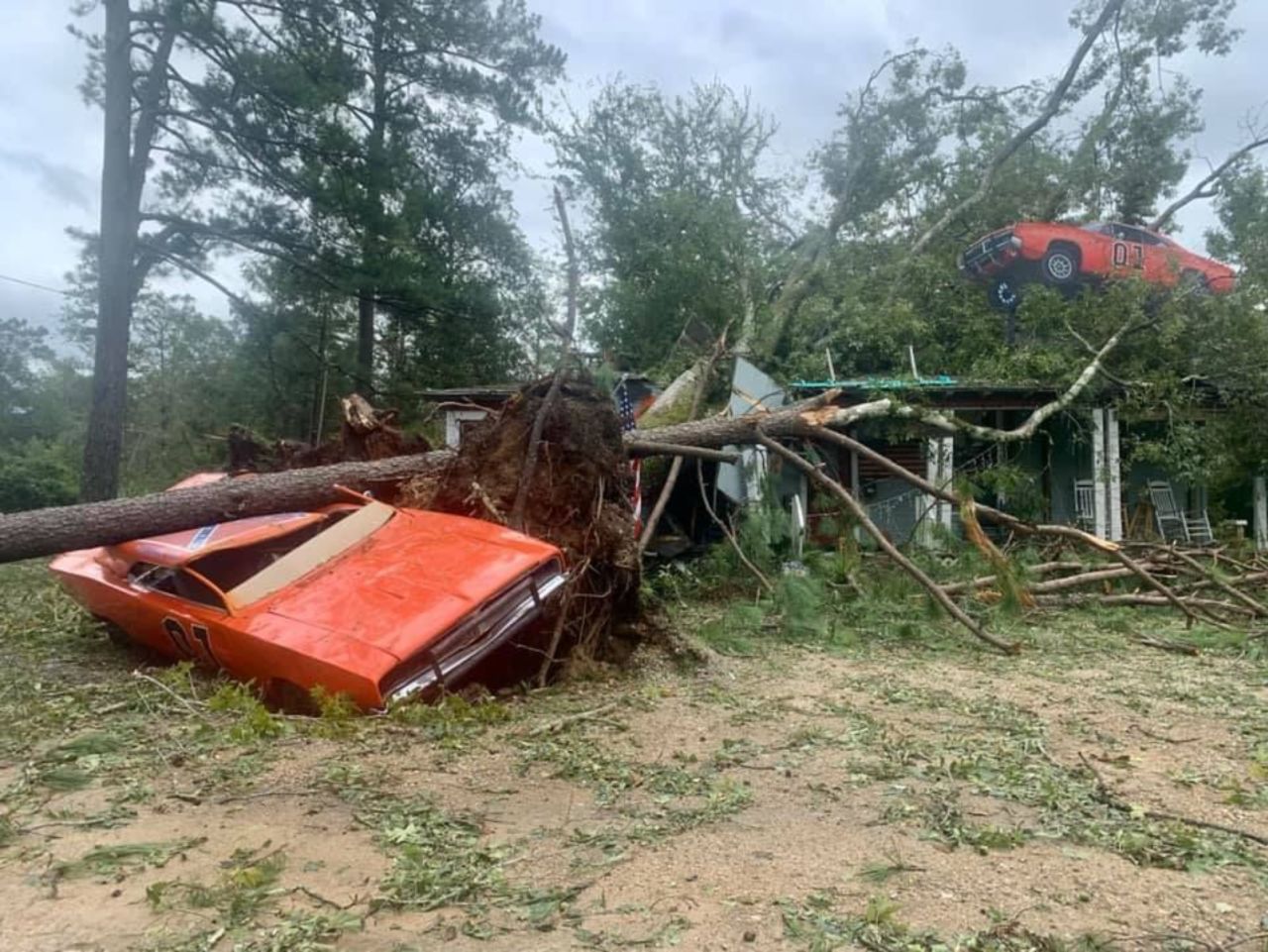 John Schneider, the Dukes of Hazzard star who played Jonathan Kent on Smallville, shared a shocking image from his Louisiana property earlier this week, showing off some property damage done by Hurricane Ida. A key item that took a hit? Schneider’s personal copy of the “General Lee,” the car from The Dukes of Hazzard, which had a tree fall on it, caving in the roof. If you look at the photo below, you’ll also notice another version of the car seemingly stuck in a tree. The good news is, that’s an optical illusion. It’s actually a non-functioning car that sits atop a building on the property, which is obscured by the trees in the photo. In other words, it’s exactly where it’s supposed to be, aloft in the air as the car on the show was depicted so many times.

He clarified in the comments that the car damaged by the tree wasn’t the one he drives to events, but a “stunt car.” Whether it’s a screen used stunt car or something else isn’t immediately clear, but Schneider is trying to keep a sense of humor about it.

“When something like this happens you have two choices: Tears and laughter,” Schnieder wrote on Facebook, encouraging fans to come up with captions for the photo because “I choose laughter.”

Miss Shirley’s is a store on the expansive property. According to his website, Schneider’s Louisiana has two houses, two sound studios, a baseball field, a lake, an Olympic-size pool and 5 acres of giant bamboo that he rents outs for TV and film productions. He also lives on the land.

In a video released to TMZ, Schneider said that he and his family are okay, and asked his fans to help anyone they might know who was impacted by the storm. For those who don’t know anyone in need, or who want to help him directly, he suggested they visit his John Schneider Studios store and buy some merch from there.

While Schneider has not been doing direct Q&As with reporters, saying that cell service near his home is down, he has been sharing periodic social media videos when he can get a connection. Among them was a video in which he was moving some of his possessions, including other cars and valuables, to higher ground.

“Anything you can do now will help you later,” said in the video, adding, “Prepare now….If you are not in danger and are near someone who is, help them out.”