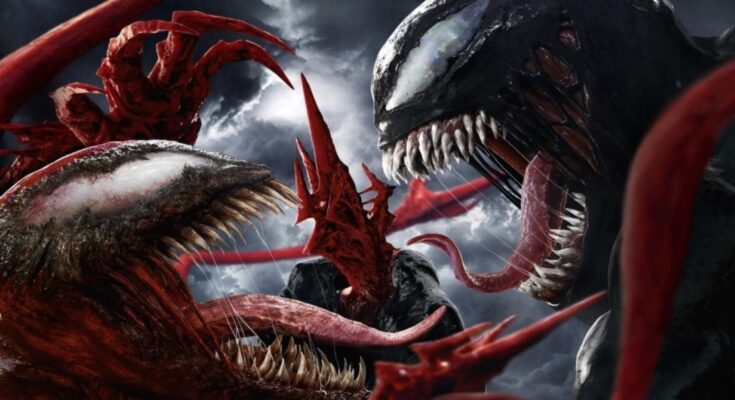 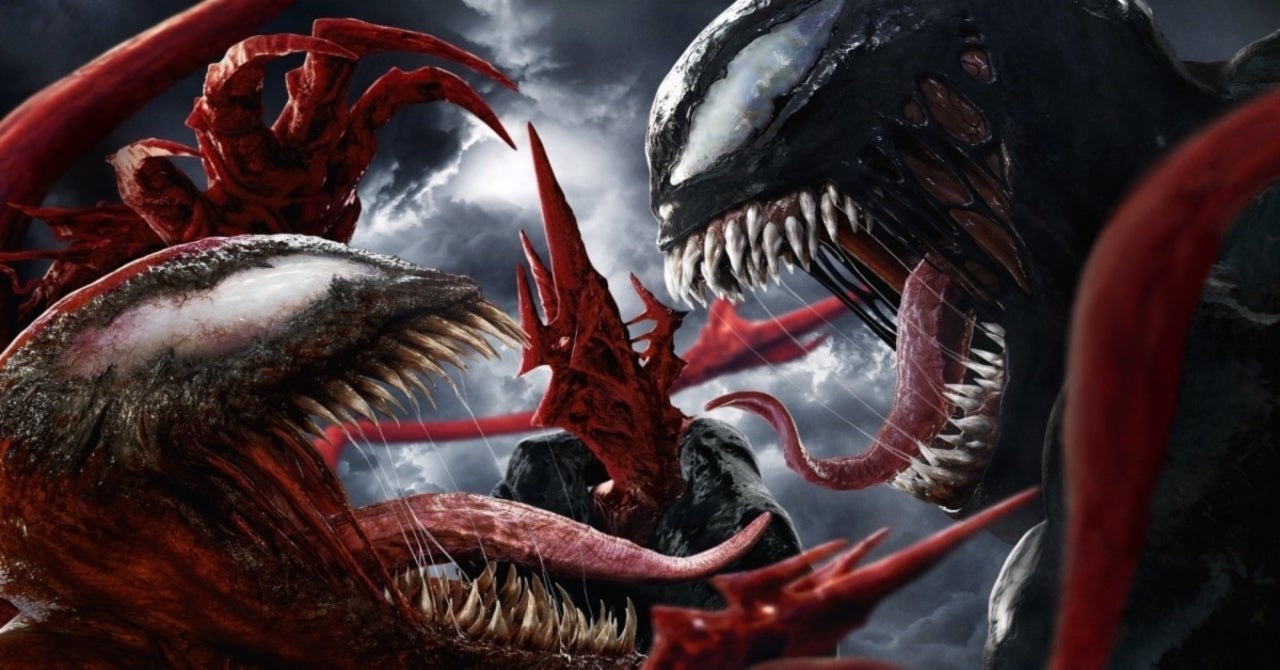 It’s a lethal protector versus his “ultimate adversary” when Venom (Tom Hardy) and Carnage (Woody Harrelson) clash in Venom: Let There Be Carnage. The Sony’s Spider-Man Universe spin-off, freshly moved up two weeks from October 15 to October 1, sees “odd couple” Eddie Brock (Hardy) and the Venom symbiote separating before re-bonding when they spawn their worst enemy: the blood-red Carnage. A psychotic serial killer, Cletus Kasady (Harrelson) unleashes maximum carnage when he gets a taste of the symbiote, transforming him into a sharp-tongued, tendrilled killing machine that only Eddie/Venom can stop — together.

“Carnage is who the fans have been waiting for, finally making his big-screen debut,” Avi Arad, producer behind Venom and Morbius, said in Sony’s production notes from Venom 2. “He’s Venom’s ultimate adversary, stronger and more violent in every way. It doesn’t help that serial killer Cletus Kasady is Carnage’s host, enhancing his maniacal worldview into something incredibly sinister. In the comics, Carnage is Venom’s offspring – his ‘son,’ if you will – which makes the conflict between them far greater.”

Added screenwriter Kelly Marcel, who co-wrote the story with Hardy, “Carnage is such a huge part of and the most beloved villain in the Venomverse. Bonding with Cletus, together they are a psychotic, dangerous, and insane killing machine.”

Unlike his anti-hero adversary, Harrelson’s Carnage is rotten to the core — even if the imprisoned murderer appears unassuming and tamed behind bars.

“Woody is exceptional in everything he does,” said director Andy Serkis. “Cletus is twisted, devious, manipulative, and damaged as anything, but in Woody’s portrayal, you can’t help but love him. He could have been just quips and arch, but Woody sits him on a tightrope – a child in one moment, and a deep, dark killer in the next, a real vulnerability underneath it all.”

Venom’s arch-enemy from the Marvel comic books, Harrelson describes Carnage as simply “a psychotic killer. He had a nasty upbringing and now feels compelled to take revenge on the people he felt were responsible for the state he was in.”

“Every Venom story has to lead to Carnage,” added Matt Tolmach, who produced Sony’s Amazing Spider-Man movies before launching the SSMU with Venom in 2018. “In a world inhabited by a genuinely scary symbiote, there’s another symbiote who is a whole lot meaner, and a whole lot more dangerous, and a whole lot more deadly. He’s the ultimate challenge for Venom and therefore Eddie. Woody was the right person because he’s not only one of the great actors alive, but he’s got a delicious wickedness that is uniquely terrifying.”

READ: Venom 2 Images: A New Look at Shriek and a Symbiote Showdown