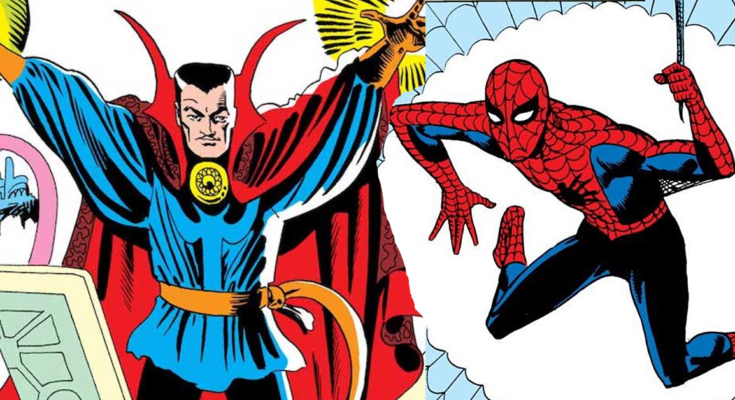 In a move that will have copyright lawyers at The Walt Disney Company sweating, the estate of comic book artist Steve Ditko has filed two notice of copyright termination with Disney/Marvel with regard to the copyright for both Spider-Man and Doctor Strange. For those unfamiliar with this somewhat new development in copyright law, it all stems from the Copyright Act of 1976 which has a section that allows for creators and even their heirs to regain the rights to a work offering them “giving them an opportunity to share in the later economic success of their works” and “to regain the previously granted copyright or copyright rights.” Lets break it down below

What makes the notice of termination hard to achieve for creators and their families comes down to the classification of how it was created. Marvel will no doubt make the case that Ditko created Spider-Man and Doctor Strange as “Works for Hire,” which would give Marvel the copyright permanently and not entitle the Ditko estate to any compensation. Ditko’s family will make the argument that these creations were made by Ditko and then sold/licensed to Marvel at the time (perhaps under an unfair deal) which would make them not a work for hire creation.

One of the catches with copyright termination notices is that, if granted, they only count toward the U.S. rights for the work and also do not include any of the derivative works made from it originally. The notices filed by Patrick J. Ditko, nephew of the prolific artist, are specifcially seeking to terminate the copyright on the Spider-Man story from Amazing Fantasy #15 and the Doctor Strange story from Strange Tales #110. Both of these are the official origin stories for both characters but also introduced other major Marvel characters into the canon like The Ancient One, Wong, Aunt May, and Uncle Ben.

Could the Ditko case be successful? Perhaps. Several creators have successfully terminated the copyright for their works and regained the rights in recent years including the estate of Wes Craven for A Nightmare on Elm Street, Clive Barker with his novella that inspired Hellraiser, and more. Perhaps the most famous case is that of screenwriter Victor Miller, who wrote the screenplay for the original Friday the 13th movie; though he was successful in regaining the rights to his script it triggered a series of lawsuits about the derivative works and ownership of the rights to the series as a whole. As a result it has put the series on ice for years no with no new feature films made in over a decade.

It’s worth noting that the family of a prolific comic book creators has previously tried this on Marvel with the family of Jack Kirby filing some 45 termination notices of copyright. Though they lost their case in multiple courts when Kirby’s work was deemed work for hire, the family and Marvel would later announce they had “amicably resolved their legal disputes.” It’s unclear if this was a monetary settlement with regard to the Kirby estate but since a feature film of The Eternals is due out in two months that seems likely.

Lest we forget perhaps the most famous instance of a comic creator’s family successfully regaining the rights back to their creation, DC Comics and Superman, who must now include the line “By Special Arrangement with the Jerry Siegel Family” on all instances with the Man of Steel.