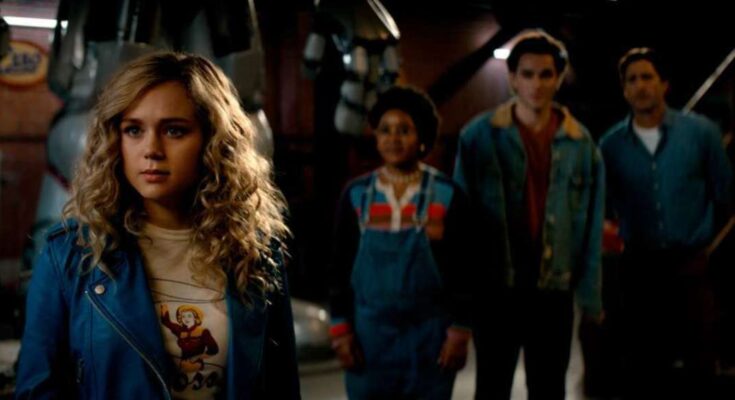 The CW has released a new synopsis for “Summer School: Chapter Five”, the fifth episode of Stargirl‘s sophomore season. The description hints at “stormy weather” coming over the town of Blue Valley, which appears to be a clue leading to the proper debut of Eclipso (Nick Tarabay). You can check out the synopsis below.

“It was a challenge but that’s what we wanted in Season 2,” showrunner Geoff Johns said of the season’s scarier tone during a recent virtual press event. “Like, Season 1, I think we’re all really, really proud of the work we did on Season 1 and for Season 2 we wanted to be the same show with the same characters that love each other and want to help each other at their core and want to be good and do good and love and be loved and still have humor and heart and all that. But take different tonal shifts so we’re not just repeating ourselves. So this season, we’re leaning more into things that inspired me when I was a kid, like Lost Boys or Nightmare on Elm Street or Young Sherlock Holmes which is a movie no one knows but I loved it when I was a kid because it was a little scary and so we want to bring scares to the season.”

Along the way, the episode is expected to see Cindy Burman (Meg DeLacy) continue her efforts to create a new Injustice Society, something that DeLacy recently teased the extent of in an interview with ComicBook.com.

“She’s been doing a lot of just research on the backstory of the ISA, more backstory of the JSA, what they stand for, the rise and fall of both,” DeLacy explained. “And trying to just work on this relationship with Eclipso, It’s someone new. She wants to make sure that they’re on the same page and gain respect from this mysterious being in this diamond. So, she’s just been kind of sitting with that and really kind of laying out the guidelines on how to recruit this team and create a badass family of people that emulate the type of ISA her dad was in.”