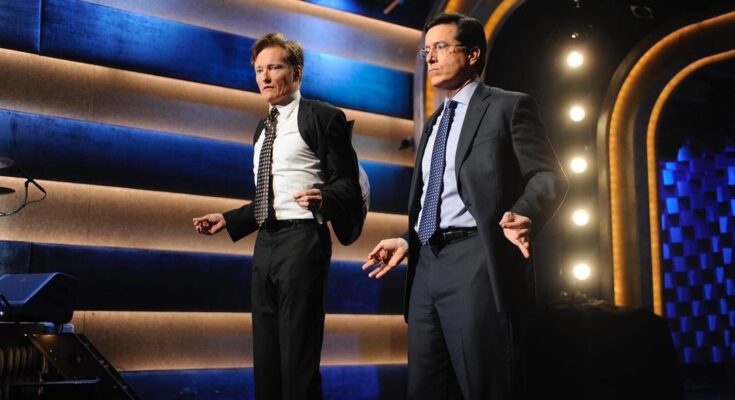 It was a special day for talk show host Stephen Colbert and his Late Show team as they won an Emmy at this year’s awards night. But what made it even more of a night to remember was the surprise crashing of another guest.

As Colbert and his team of writers and producers came on the stage to collect the award for Outstanding Variety Special, former late-night talk show host and comedy legend Conan O’Brien crashed the party. It turned into a mini comedy special as he stood among the group and Colbert tried hard to not acknowledge his presence.

“Conan would be here, but I ad to fire him in the last five minutes. It was a budgetary thing. COVID had hit a lot of budgets really hard and we had to cut. They said cut by height,” he joked, before adding that Conan will find a gig someplace.

Congratulations to CBS’ own @StephenAtHome and the very tall redhead behind him on stage! 🎉 🥲 pic.twitter.com/ksXwhfsnRj

But the real truth behind all this was Conan was actually invited by Colbert to “crash” his acceptance speech. They were sitting around the same table and it was just quick planning on their parts.

O’Brien is a beloved figure in Hollywood, and not just Colbert is indebted to him. John Oliver, who won the Emmy for Outstanding Variety Talk Series also thanked the former late night host. Conan was also nominated in the same category for his TV show. Even though he didn’t win, he already has four Emmy Awards and 29 nominations to his name.