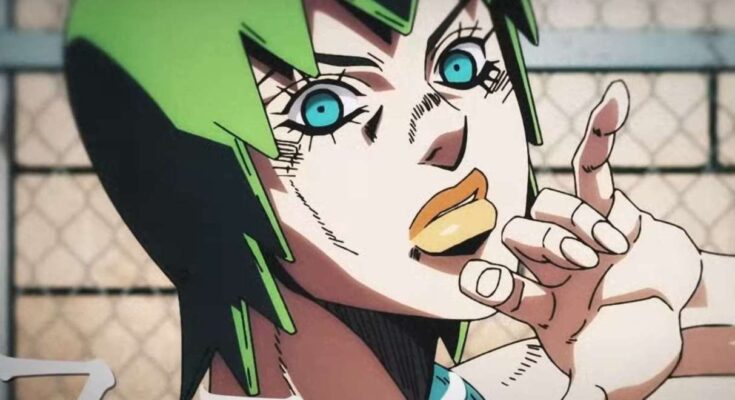 JoJo’s Bizarre Adventure: Stone Ocean is set to be the next part of the anime adaptation that was created decades ago by Hirohiko Araki, and the latest trailer and streaming event for the series has revealed a number of names of characters, along with how their names will be translated to North America. With previous seasons changing the names of Stands with the likes of Gold Experience becoming Golden Wind, Sticky Fingaz becoming The Zipper Man, and Spice Girl becoming Spicy Lady, it’s clear that the sixth part of the anime is set to shift things up once again.

During the latest trailer that lays out the story of Jolyne Cujoh and her attempt to escape from a maximum-security prison, she is joined by the Stand known as Stone Free, though it seems as if this string-based being will have the name of Stone Ocean in the English translation. On top of this change, one of Jolyne’s friends known as Foo Fighters will simply be referred to as F.F. in the English subs for the series, as well as in the eventual English dub as well. Also being added to the equation are the friends of Jolyne in Weather Report and Narciso Anasui who will be referred to as Weather Forecast and Narciso Anastasia, changed in order to avoid licensing issues.

While not featured in the trailer, there are countless other Stands that will most likely have to be changed in order to avoid any copyright issues, including the likes of Limp Bitzkit, Bohemian Rhapsody, Marilyn Manson, Burning Down The House, Deep Diver, Kiss, and a number of others. Needless to say, there will be plenty of Stand battles that will take place involving these trademark nightmares in the West and fans will be able to see them when they debut on Netflix this December.

While fans of Hirohiko Araki’s franchise have yet to learn how many episodes will be released on Netflix when the show lands this winter, JoJo’s Bizarre Adventure fanatics are simply happy that the adaptation of Joylne Cujoh’s adventures will finally be making its way to the medium of anime.

What do you think of these name changes being made to the upcoming season of JoJo’s Bizarre Adventure? Feel free to let us know in the comments or hit me up directly on Twitter @EVComedy to talk all things comics, anime, and the world of the Joestars.