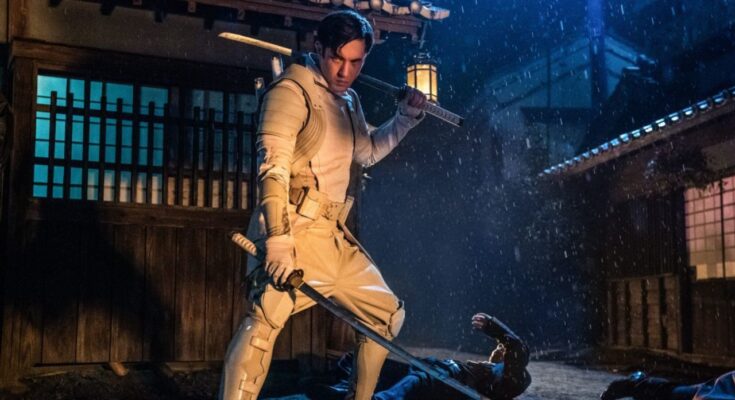 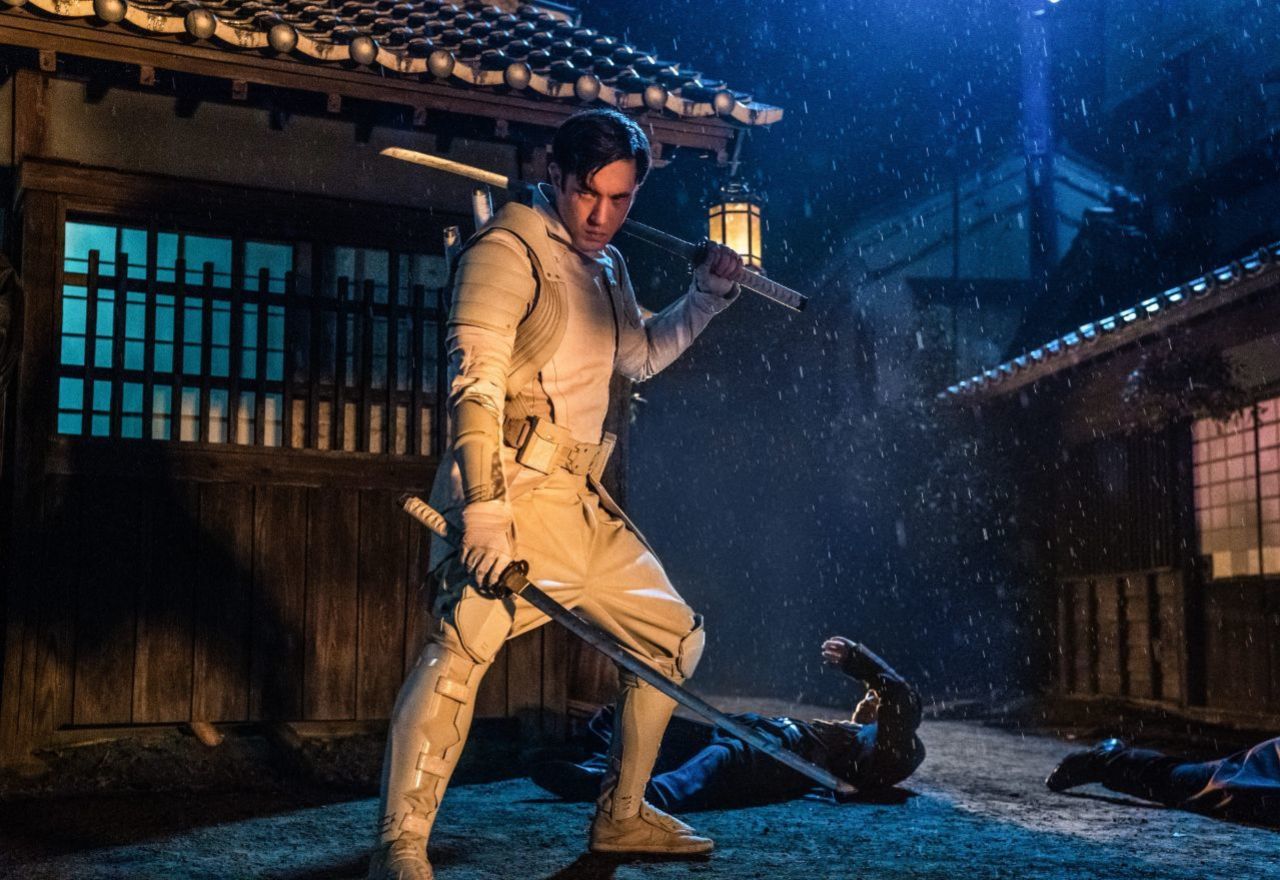 With Marvel’s Shang-Chi and the Legend of the Ten Rings ready to hit theaters tomorrow, there is a lot of talk in Hollywood about how Asian and Asian-American filmmakers can bring projects to life that speak authentically to their experiences and cultural heritage within the American studio filmmaking system. This is, surprisingly, not the first major blockbuster film to grapple with some of these questions in 2021, as Paramount’s Snake Eyes (sometimes stylized as G.I. Joe Origins: Snake Eyes) saw Henry Golding and Andrew Koji try to fit a non-stereotypical view of Japanese culture into a movie rooted in an existing IP.

In the movie, Snake Eyes (Golding) is G.I. Joe’s silent, stoic ninja warrior. He squares off against Storm Shadow (Koji), a similarly-skilled combatant whose all-white uniform plays off Snake Eyes’s all-black one.

“I knew it was important for me as a person of Japanese heritage, to portray it in a way that I would want to see a kid growing up, [where someone] like a younger version of me would be able to be, ‘Ah, that’s empowerment for them,'” Koji told ComicBook. “I did a lot of research on the samurai culture, et cetera. I think it was more about the the parallels with things like the Arashikage code and the Bushido code, and [Storm Shadow’s] kind of a gradual decline from that, and the breaking of the psyche. The person who becomes…I won’t say ‘bad,’ but yeah. It’s quite a rich character to explore.”

That, of course, has always been one of the things people loved about Storm Shadow: he has his own code, and while he often works with Cobra, it’s hard to call him objectively evil, and he has drifted to the side of the “good guys” on more than one occasion. Tying that characterizations to the codes that many martial artists observe is an interesting way to try to reconcile who he is, and why his motivations can vary from story to story. It also presumably keeps the door open for Koji to appear, either as a villain or even a hero, in any future follow-up films.

Heck, it would be pretty fun to see Golding and Koji squaring off against Megatron, right?

If you missed the film in theaters, you can catch it now: Snake Eyes: G.I. Joe Origins arrived on Digital HD and Premium VOD on August 17th, and is coming to 4K Ultra HD Blu-ray, Blu-ray, DVD, and On Demand on October 19th.