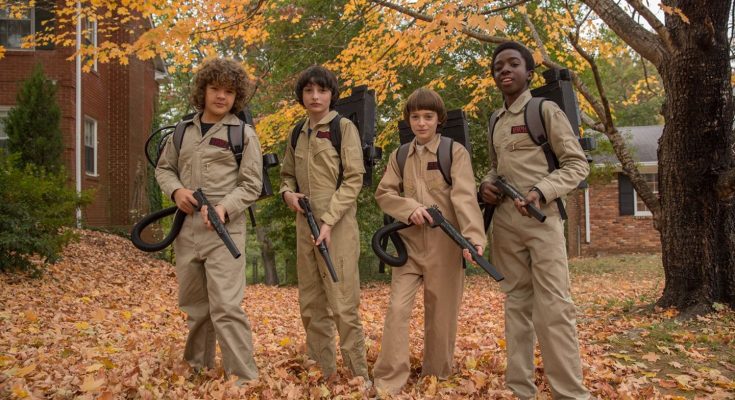 Netflix head Ted Sarandos teased that Stranger Things, one of their frontrunners, may have spin-offs. The sci-fi horror premiered in Summer 2016 and quickly became one of the best shows made by the streamer.

The cast includes David Harbour, Winona Ryder, Millie Bobby Brown, Finn Wolfhard, Noah Schnapp, Garen Matarazzo, and Caleb McLaughline. Season one began with the disappearance of Will Buyers (Schnapp) and the arrival of a mysterious girl called Eleven (Brown). On their hunt for Will, the kids come across monsters called Demogorgons and a place called The Upside Down.

Stranger Things was just one of those shows that got better with each passing season. Seasons 2 and 3 added new characters and took the action and mystery up several levels. Season two focused on the attack by the horrific Mind Flayer. Season 3 saw the Mind Flayer’s defeat, but ended on a huge cliff-hanger. Chief Jim Hopper’s fate was unknown at the time.

The pandemic delayed the production further, but we did get a short teaser which showed that Hopper was alive. Season 4 teased new creepy locations and more trouble for Eleven. However, we are not sure if season 4 will be the end, but what we do know is that we can expect the show to continue, one way or the other.

As per Deadline, Ted Sarandos teased that Stranger Things is “a franchise being born.” He specifically hinted that spin-off shows will arrive in the future. We are not aware what direction it will take, but there are talks of Millie Bobby Brown being part of one of them.

It’s also worth noting that Sarandos said, “spin-offs,” meaning multiple shows can arrive. Being a show with an ensemble cast and multiple mysteries, it can go any direction. Maybe even a prequel. Let’s wait and see. For now, look forward to season four!

Also read: Another Spin-Off! Netflix Set to Bring “On My Block” Spin-Off “Freeridge”