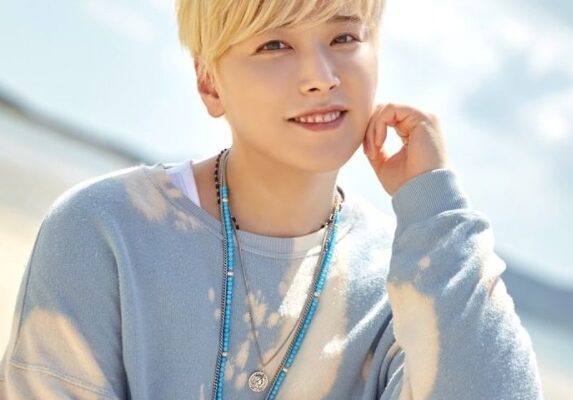 Super junior fans assemble ! Your favourite band member Sungmin of Super Junior plans to go solo. Sungmin recently made a major announcement that he will be returning as a solo artist. As if that wasn’t exciting enough he also announced his new upcoming digital single titled ‘goodnight, summer.’

Super Junior is a famous South Korean boy band that made its debut in the year 2005. They were launched by SM entertainment. The group flourished together, Meanwhile, it was when the band had thirteen members that their popularity peaked. Their most famous single till date remains Sorry Sorry.

As of now, they have nine active members in the band.

The news of Sungmin’s single dropped on august 24th and fans also got a glimpse of various teaser images.

The teaser images for the single are an absolute treat for the eyes. Serene beaches with crystal blue water make a worthy background. Sungmin himself is dressed up in shades of pastel white and blue with a calm look on his face.

Keeping in accordance with the title ‘goodnight summer.’ Sungmin has been successful in capturing the essence of summer in these teaser images.

In one of the images, he poses with a microphone and gazes deeply into the camera.

The upcoming single will launch in September itself. It will roll out on various music platforms on 7th September 6pm KST.