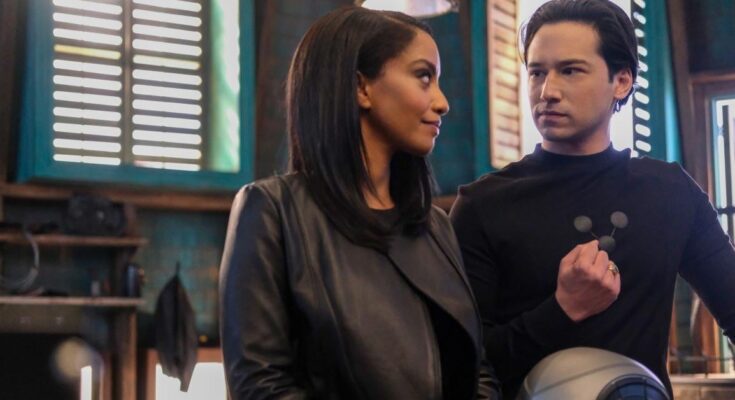 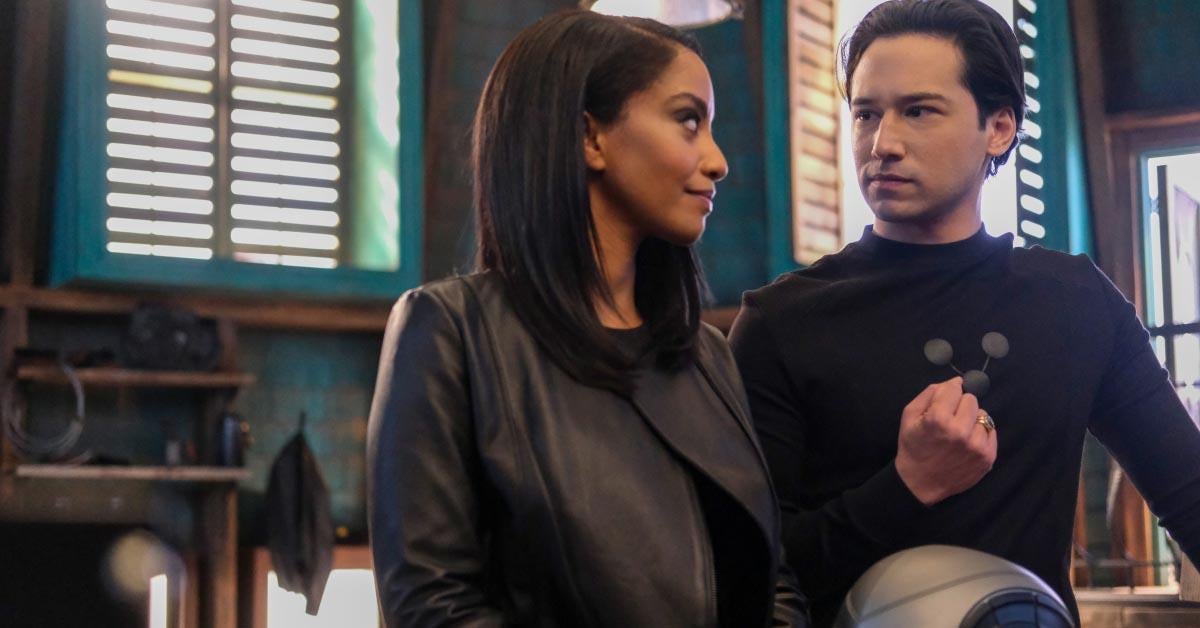 The CW has released photos for “Blind Spots”, the twelfth episode of Supergirl‘s sixth and final season. The episode will debut on Tuesday, September 21st. The episode, which is directed by Arrow alum David Ramsey and co-written by Kelly Olsen actor Azie Tesfai, will see Kelly become the hero Guardian. It’s a moment that fans of the series have been waiting for almost since the character’s debut on the series.

“You know what’s funny about that, is I think the fans did because I can tag the Guardian arc for the last two and a half years pretty much,” Tesfai recently told ComicBook.com. “And I could never say anything about it in seeing it, but they have really rallied in so much of what she’s become in the multidimensional layers of her as a character, and her being a superhero, and this new career path for her, and what’s the empathy that shows within Kelly. I feel like a lot of that has come through the fans being so vocal, which, to me, makes it even better.”

She continued, “I think it’s Kelly finally stepping into her purpose and what she realizes is her destiny in so many ways.”

Tesfai is the first Arrowverse star to write an episode of their own series and it’s something that Tesfai told ComicBook.com means a great deal to her.

“You know, me personally feeling empowered to have such a hand on the story arc, and the episode that I got to co-write particularly, and my character stepping in her power as a woman, as a gay woman, as a Black woman, it wasn’t lost on me,” she said. “I think that we, Kelly and I both, were finding our footing and finding our voice, and using it at the same time, which was emotional and powerful and changed me forever, and how I see who I am. And so, I think, when the fans do see this arc, it isn’t just watching Kelly step into her power. It’s watching me, Azie as a person, stepping into my own power as a Black woman. And so it does mean a lot to me.”

“SUPERGIRL” STAR AZIE TESFAI CO-WROTE THE EPISODE DIRECTED BY DAVID RAMSEY – Kelly (Azie Tesfai) is horrified when the Ormfell building implodes, injuring many in the community, including Joey (guest star Aiden Stoxx). However, her horror quickly turns to frustration when she realizes that the hospital is overwhelmed, people are getting sicker, and no one is coming to help – including Supergirl (Melissa Benoist) who is busy fighting Nyxly (Peta Sergeant).

Knowing that she can make a difference, Kelly embraces her power and fully steps into her role as Guardian. Joined by Supergirl, Alex (Chyler Leigh), Diggle (guest star David Ramsey) and team, Guardian leads the way to restoring justice to the fallen community. The episode was directed by David Ramsey and written by J. Holtham & Azie Tesfai.