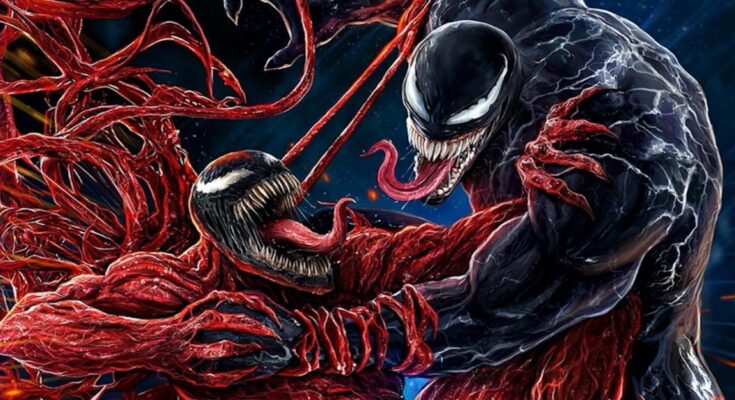 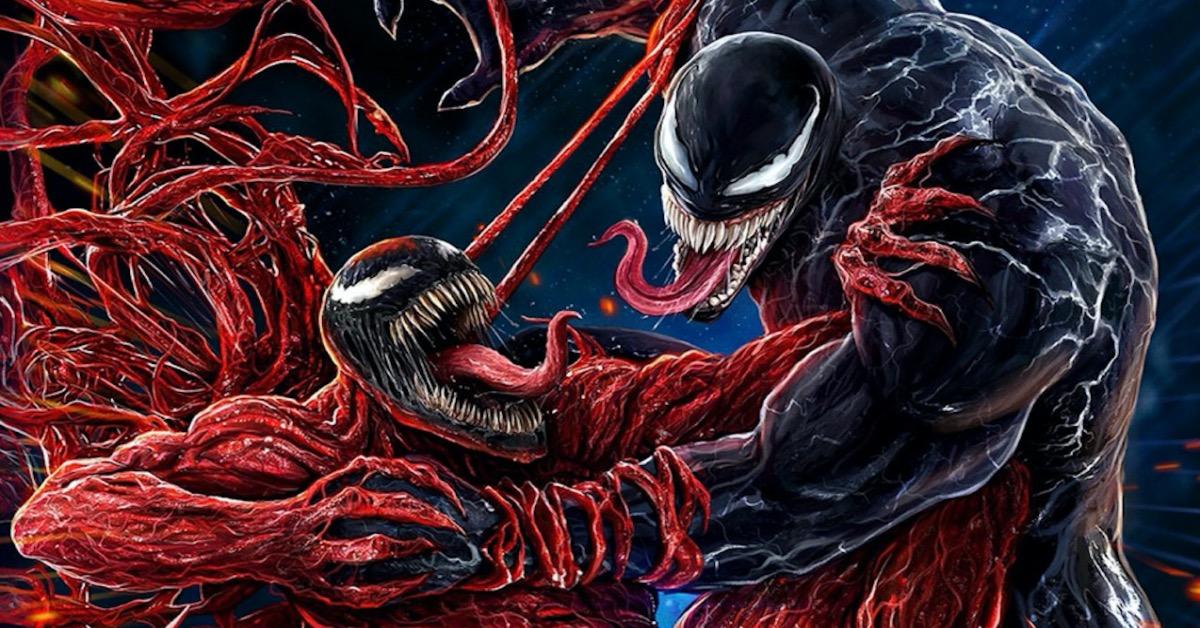 Carnage gets in a few good licks in a Venom 2 TV spot teasing the symbiote showdown between battling hosts Eddie Brock (Tom Hardy) and Cletus Kasady (Woody Harrelson). “Tell the world there’s gonna be carnage,” hisses the escaped serial killer, mutated into a tentacled killing machine when he gets a taste of the alien symbiote that has made Eddie a lethal protector. Get a new look at Venom versus Carnage before the Spider-Man foes meet for the first time on the big screen in Venom: Let There Be Carnage, playing exclusively in movie theaters on October 1.

“[Carnage’s] arms and legs have the same priority as his other tentacles. He’s like the Vitruvian Man,” VFX supervisor Sheena Duggal said of the vicious villain in Venom 2 production notes from Sony Pictures. “Ultimately it’s like fighting a creature who is made of barbed wire and like a bramble bush — he’s so vicious and weaponized and powerful and dangerous. Even if he just swipes you with a tentacle, he’s all covered in razors and barbs, you’re just going to stick to him and be torn to shreds.”

As the squabbling Eddie and Venom reconcile their differences to save Anne (Michelle Williams) — Eddie’s ex-fiancée and an ex-host nicknamed She-Venom — they’ll face off against a Carnage who grows more and more deadly over Venom 2‘s 97-minute runtime.

“One of the ideas we had for Carnage was that he would evolve throughout the film and grow his own weapons,” teased Duggal. “As he becomes more and more powerful, he propagates more and more weapons, more barbed and dangerous, and his human form becomes less and less apparent. He can grow a spear from his spine, then pull it out and use it like a javelin, and it just grows back. He can grow other weapons, or eject them as projectiles.”

You can see these powers in the new TV spot above.