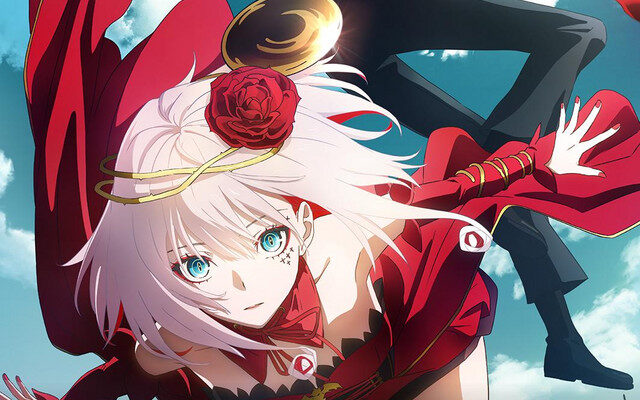 An entertaining start to the first episode

The creative and complicated premises of anime are nothing new. However, the new anime series Takt Op. Destiny is a little bit different. Madhouse and MAPPA coproduced the series. Furthermore, two of the most prominent animation studios are working together. In the series, aliens threaten the world and only classical music can stop them.

“Musicart”: the power of music

Firstly, a black meteorite struck the earth and the entire world changed. Known as the D2, these grotesque monsters took over the world. As a result, D2 quickly banned all forms of music, the only thing that was able to defeat them. However, some people still rebelled against D2. “Musicart” is the power of music held by young women. In addition, these women possess the capabilities to defeat the monsters based on their “scores”. As a result of the D2, America in the year 2047 is in ruins.

Captivating start for the viewers

Even so, it is only the first episode of the series. A lot of information about the characters has yet to be revealed. All the main characters have goals to achieve. The main cast has a fantastic design. Furthermore, the background is matching. Unfortunately, the design of D2 leaves something to be desired. Despite the intense action and many sad subtexts, the episode remains a fun watch. But even throughout the entire runtime, Takt Op Destiny Episode 1 retains a fun atmosphere.

Additionally, it is a concept that the creator could have made more pretentious and theoretical. In addition, an anime does not always need to be an extreme gore fest to be artistically pleasing and enjoyable. Sticking to its roots can be enough to make it appealing to the viewer. Nevertheless, Takt Op. Destiny had a very interesting and entertaining basis.

Nonetheless, the show focuses on classical music. Beethoven and Mozart also sound similar. A captivating plot is also a plus.

Also read: A new teaser for the Rising of the Shield Hero released online