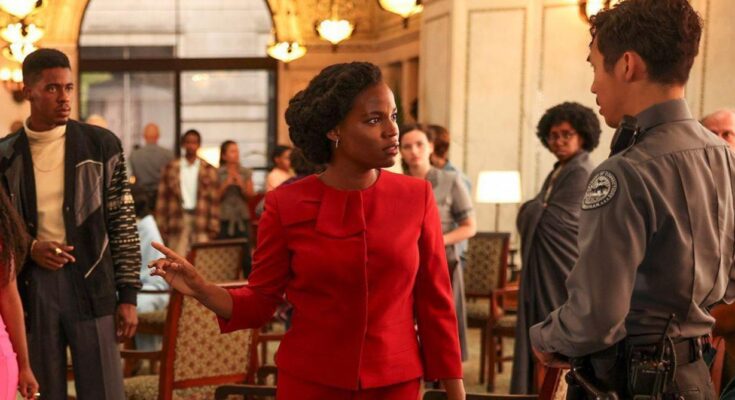 In development for a few years now, a fresh look at The CW’s reboot of the the USA Network sci-fi series The 4400 has finally been revealed. Entertainment Weekly brings us the first photos from the show, just called 4400 this time around, while also getting the first details from the creatives behind the series. Like the original version the show will tell the story of 4,400 persons that vanished without a trace and suddenly return, unlike the series that kicked off in 2004 though the titular group of people will be from marginalized communities and not almost exclusively white.

“It’s about time travel but setting it in 2021. Where we are now feels like a very pivotal time in our nation’s history — it was really interesting to examine how we got here through all these people from different eras,” co-showrunner Ariana Jackson revealed to the outlet. “It feels like a really interesting time to set it in to really examine how we came to be here and now, a time where we’re really seeing a lot of the cracks in our society and in what we built. We look at how those things might have been built wrong to lead us here to today. There’s a reason why we’re in the moment we’re in.”

Also revealed by EW is when the series will make its premiere, arriving with its first episode on The CW on Monday, October 25, at 9 p.m. ET/PT

“After four thousand four hundred people who were overlooked, undervalued or otherwise marginalized vanished without a trace off the face of the planet, they were all returned in an instant to Detroit having not aged a day and with no memory of what happened to them. As the government races to understand the phenomenon, analyze the potential threat and contain the story, an empathetic social worker (Joseph David-Jones) and hardened community corrections officer (Ireon Roach) are among the civil servants called upon to deal with the uncanny refugees.”

Will you check out the series when it makes its premiere this fall? Sound off in the comments below.