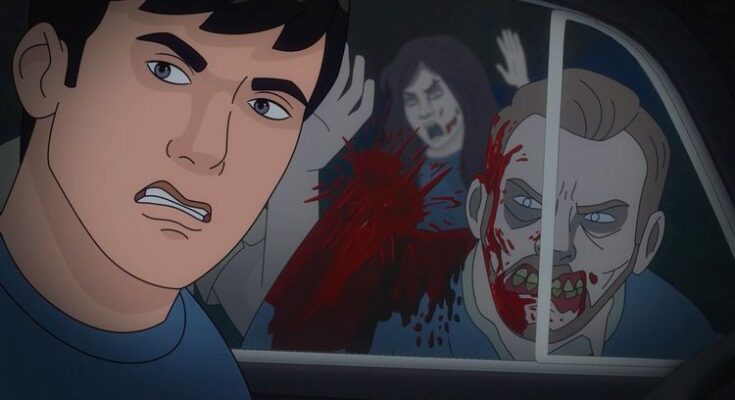 A non-live-action remake of a classic horror film

“Night of the Living Dead” is a classic horror movie of 1968. George A. Romero was responsible for the movie’s direction, writing, photography and editing as well. Furthermore, the movie was co-written by John Russo too. The stars of the movie were Duane Jones and Judith O’Dea.

Briefly, the events of the movie follow a group of seven people. These seven people get trapped in a farmhouse in Western Pennsylvania. And the farmhouse is under the assault of undead ghouls. On its theatrical premiere in 1968 the movie did so well. The movie grossed over US $18 million internationally making 250 times of its budget.

Relive the classic “Night of the Living Dead” story

In June 2021, it announced by Warner Bros. Home Entertainment that an animated adaptation of the film is on the way. And just recently images for the upcoming animated movie released online. Moreover, there are actually four images released. The images feature Barbara, Ben, Tom and Judy. Some pivotal moments of the movie are also show in these images.

In addition, one of the images features a scene of the discovery about the zombies’ fear of fire. Also, an image also features an iconic scene of Barabara realizing that something is actually fishy. In spite of this, the art style in the images reveals that the movie has a Scooby-Doo vibe to it.

The Night of the Dead cast and crew:

The upcoming movie will neither be a nostalgic grab on the original movie nor a thriller murder mystery type of movie. But it’s exciting for the fans to relive this classic zombie movie. Furthermore, Barbara will voice by Katharine Isabella, Dulé Hill will voice Ben. Addition, James Roday Rodriguez will voice Tom and Judy will voice by Katee Sackhoff.

The movie supposed to release in digital format on September 21 on October 5 it will available on Blu-ray and DVD.