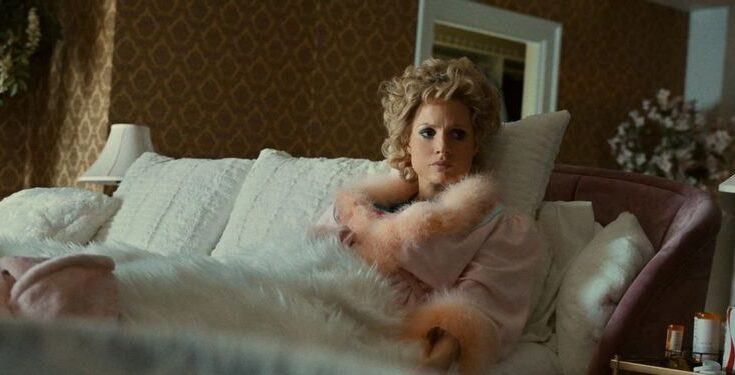 Michael Showalter Is receiving huge apologue for his direction

The Eyes of Tammy Faye is 2021 is a biographical drama film that is originally based on a documentary of the same name. The creators of original documentary was Fenton Bailey and Randy Barbato. The movie was released yesterday at Toronto International Film Festival. However, the original release date of the movie is after 6 days that is on 17th Sept 2021.

Why one should watch “The Eyes of Tammy Faye” instead of the original documentary? Continue to read below to know the answers.

In the movie, Andrew Garfield plays the role of Jim and Jessica Chastain plays the role of Tammy. The movie will surely not going to disappoint you. Certainly, it connects you with characters, unlike the original documentary which was superb but could not do so. It solely answers all the whys, whats, and hows. Moreover,

Jessica has done complete justice with her character and nobody could have done it better than her. Andrew has managed to express the complete feelings and intentions of his character. Vincent has played the role of Jerry who thinks that homophobic people are the devil.

Michael Showalter is the director of “The Eyes of Tammy Faye”. It is written by Abe Sylvia who has wonderfully maintain the ethics of the documentary. Jessica Chastain is the producer of the movie along with Kelly Carmichael, Rachel Shane, and Gigi Pritzker. Moreover, Jessica is also part of the cast in the movie alongside Andrew Garfield, Cherry Jones, and Vincent D’Onofrio.