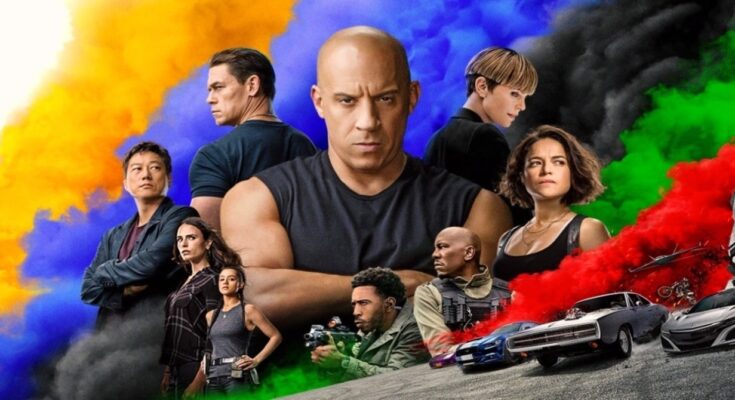 F9 is even faster and more furious in Justin Lin’s director’s cut of the Fast Saga sequel, says star and producer Vin Diesel in a first look at the extended edition. The supercharged F9: The Director’s Cut is one of two versions of the summer blockbuster included in the home entertainment release, racing onto digital platforms on September 7 and store shelves on September 21, featuring footage you didn’t see in theaters. In a behind-the-scenes video, below, Diesel previews the F9 director’s cut packed with additional content and “more Fast DNA” than “anything you’ve ever seen before.”

“F9 was so special to be a part of for so many reasons. One of the most important reasons was it brought our brother, and director, Justin Lin back to the franchise,” Diesel says of the Fast filmmaker behind the wheel for Tokyo Drift, Fast & Furious, Fast Five, and Fast & Furious 6. “Justin fuels our saga in ways that no one could even imagine. That’s why the director’s cut of F9 has more Fast DNA in it than anything you’ve ever seen before.”

Along with the unrated Director’s Cut (2 hours, 29 minutes) and the PG-13 Theatrical Version (2 hours, 22 minutes), special features include a gag reel, A Day on Set with Justin Lin, John Cena: Supercar Superfan, feature commentary with producer/co-writer/director Lin, and the featurettes “Shifting Priorities,” “Justice for Han,” “Practically Fast,” and “F9: All In.”

Dom Toretto thought he’d left his outlaw life in the rear-view mirror, but not even he can outrun the past. When his forsaken brother Jakob unexpectedly resurfaces as an elite assassin, the crew comes back together to help Dom settle an old score and stop a familiar foe’s diabolical plot from destroying their family. Franchise veteran Justin Lin returns to the director’s seat for F9 and delivers this supercharged version of the hit film. From extended action to spectacular scenes that weren’t shown in theaters, F9: The Director’s Cut explodes with additional content that can only be experienced on home entertainment!