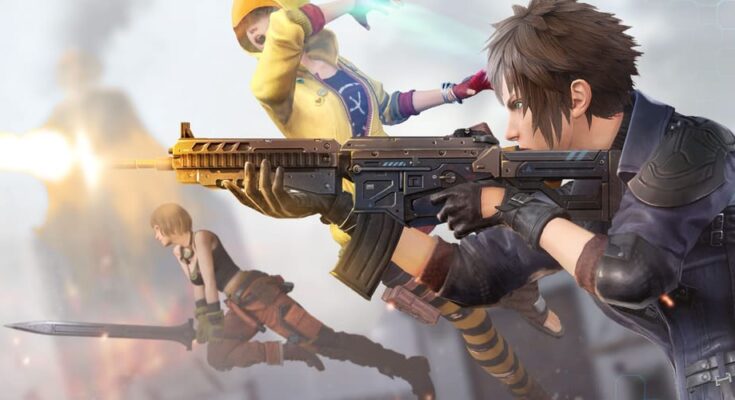 The upcoming game is exclusive for iOS and Android

At Square Enix’s recent Tokyo Game Show presentation, they releases a whole new trailer for their next Final Fantasy game, titled Final Fantasy VII: The First Soldier. The new trailer showed the various classes you can choose while you play the battle royale. A brief intro was given, which explained that 30 years before Final Fantasy VII, the Shinra company started ‘Project 0.’the aim of this project was to create the most elite fighting force, and after 12 years, the first soldiers came out from successful experimentation. The player will play as one of them.

A Battle Royale wouldn’t be complete without transportation. Since it’s Final Fantasy, you, as a player get to ride on chocobos and motorcycles. Some prominent locations from Final Fantasy VII such as Aerith’s church and sectors of Midgar are available to explore.

Let’s move on to hero classes next. The first is Warrior, who uses a sword and fights in close quarters. Next up is sorcerer, who can do ranged attacks and even fight in close combat. In the trailer, we see them using a fire spell, but there’s likely to be more spells available. Third is Monk, who can fight with their fists, but also acts as a supporting character for their allies. Up next is Ranger, who has daggers to fight up close and snipers to take out foes from a distance. The last class is Ninja, who has shurikens and can do ranged and close combat. They can also teleport across short distances.

Unfortunately, Square Enix didn’t give out an exact date and only mentioned 2021. But since we are not far from the year’s end, it can drop anytime in the next two months.

Check out the trailer below: