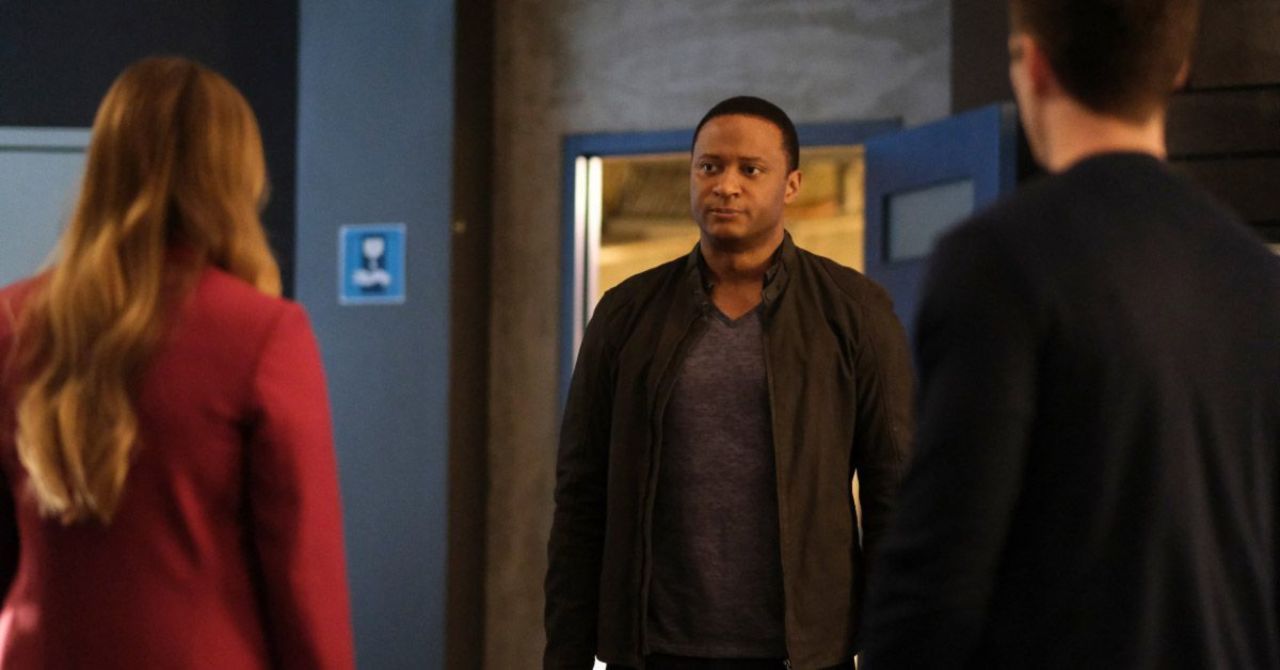 The CW has released photos for “P.O.W.”, the sixteenth episode of The Flash’s seventh season. The episode features a guest appearance by Arrow alum David Ramsey who reprises his role as John Diggle, but while Diggle’s return to Central City is exciting generally, the timing is also perfect considering what Team Flash is dealing with. This week, an army of Godspeeds attacked the city only for a second army arriving to attack the first, launching an all-out Godspeed War. Team Flash definitely will need Diggle’s help.

And from the sound of the synopsis, that’s exactly what Diggle comes offering. According to the synopsis, Diggle comes with a weapon to help stop the Godspeed War. You can check out the official synopsis for yourself below and then read on for photos from the episode.