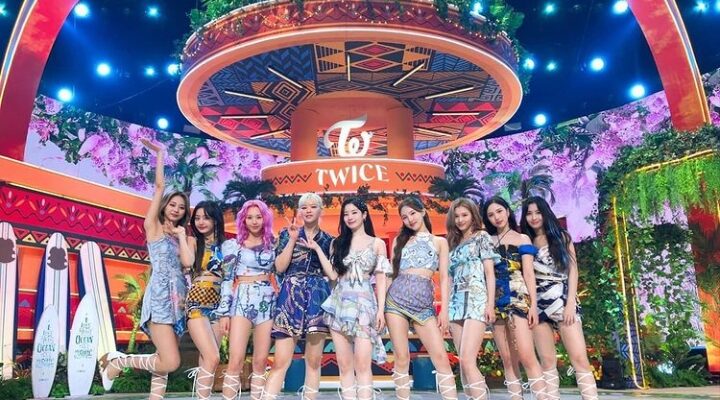 Spoiler And Teaser Of The New Song ‘The Feels’

‘TWICE’, all girls band are set to give an unforgettable comeback with their new song ‘The FEELS’. They posted many spoilers and a teaser very recently. Fans are already are anticipating the group’s song.

The group had officially debuted in 2015 with ‘The Story Begins’ which included six tracks. They have a large popularity among the South Korean listeners as well as global listeners.

Details From The Teaser

‘The Feels’ already created a girly vibe, and the girls are seen ‘getting ready’. As always the girls are seen in cute dresses as they flaunt their fancy accessories. Tzuyu is seen in the center as she points the hairdryer towards the screen. Some members are seen sitting on the dressing table, and are curious about someone, as the background music states.

Nonetheless, the girls are hot-to-trot as they prepare for their comeback with an English single.

Fans Reaction To The New English Single- ‘The Feels’

TWICE has gained a large fan-base over the years, because of their previous hits. Their own songs like ‘More & More’ and ‘I Can’t Stop Me’ was re-released in English and had a pretty good response.

TWICE also witnessed the top 10 spot on the Billboard 200 for the first time. And this was after Blackpink gained the second spot for their ‘The Album’.

With this being the first ever English song from the group, fans are expecting a complete-knockout.

The background was well accepted by the fans, as they are ready to witness their hit. So it is time for the fans to get ‘The Feels’. Witness it on October 1