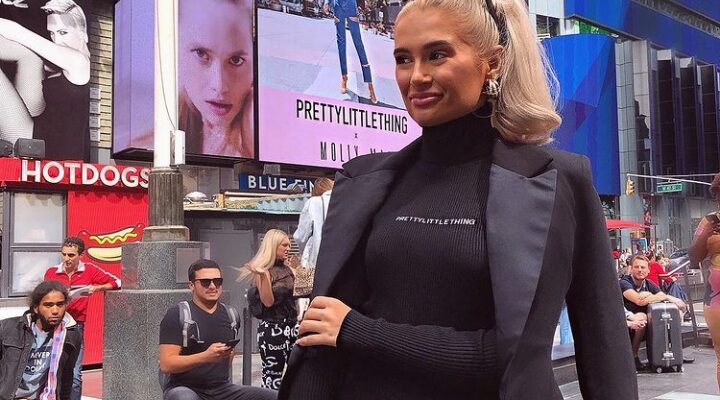 Molly-Mae Hauge, an influencer who received huge stardom after competing in Love Island.

The 22-year-old announced her new responsibility as UK’s Creative Director for PrettyLittleThing. Molly posted this news in her official Instagram account.

But Pretty Little Thing is not only a home for her but also she was a brand ambassador.

Umar Kamani was seen appreciating Molly and considered to see her work with the company’s team.

Her interests in fashion was closely observed by Umar Kamani, CEO. And she was suitable to the role of Creative Director.

On August 26, the love islander contestant posted on her Instagram about her new role. And Umar Kamani sweetly welcomed her into his family. The comments section was rushed to greet and wish the influencer.

Molly was giving hints on her new role to the fans. And also the TV personality expressed that this was a biggest move in her career.

According to her, she worked hard not to be known as a Love Island’s star but something big. Which made her to land in her most-loved brand.

Reflections On The Brand

PrettyLittleThing is well known as British fast-fashion online retailer. With different and creative styles it has accommodated huge customers.

It operates in UK, Ireland, Australia, US, France, Middle East and North Africa. The company had many celebrities to work as creative director previously. But feels that Molly is a natural fit for the company. And her fashion sense too was appreciated well which was an add-on for her.

New fashion styles are accepted well, and surely Molly’s styles too will be accepted. And also the previous styles which she designed herself was appreciated. So it is a new platform for her to show her fashion skills to the customers.

And she feels that this is the biggest deal of her career. So she gifted herself a Cartier bracelet as she announced this news.