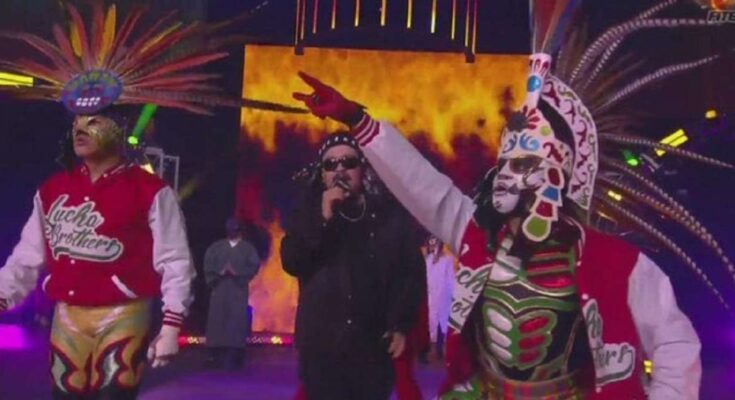 With the startling return of Minoru Suzuki in the aftermath of the match between Jon Moxley and Satoshi Kojima, the tag team championship match was looking to meet its intensity with the Lucha Brothers attempting to take the belts from the Young Bucks within a steel cage. With Penta and Fenix arriving at the squared circle with an amazing entrance touting themselves as “Mexican Kings,” they are certainly celebrating their victory now as the new tag-team champions.

The Young Bucks and the Lucha Bros are somewhat of a perfect match for one another, with their high-flying exploits marked as some of the best within All Elite Wrestling. With the cage match seeing the quartet locked in the ring with each other, things got brutal during the no-holds-barred match with Matt and Nick Jackson not being afraid to bring in some outside of the ring assistance in beating down their opponents. With the Young Bucks employing a sneaker that was covered in thumbtacks, things only got worse for Penta and Fenix, but luckily, the shoe turned. Fenix and Penta pulled off a victory in what many might consider one of the greatest tag-team matches of all time.

If you missed the electrifying entrance made by the Lucha Bros, you can see it below thanks to AEW’s Official Twitter Account:

What an entrance by the challengers, the #LuchaBros

What did you think of the killer tag team match between the Lucha Bros and the Young Bucks? What other surprises do you think All Out has in store for the rest of the night? Feel free to let us know in the comments or hit me up directly on Twitter @EVComedy to talk all things comics, anime, and the world of professional wrestling.