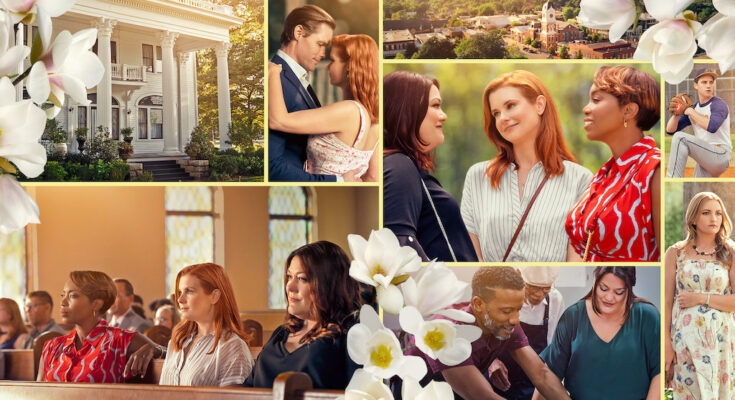 A series based on Sheryl Woods’ famous novels

The series focuses on the lives of three best friends from South Carolina. The three friends have been together since they were little kids. The series shows how all three of them support each other as they face difficulties in relationships, family, and career.

A season 2 is coming but when is the question

In fact, it was also reported that the second season of the show will not be released in 2021. However, it is understandable as Netflix already has so many shows planned for release by the end of the year. Which is why the second season for Sweet Magnolias couldn’t fit in Netflix’s schedule.

A cliffhanger which has the fans desperately waiting

It is comprehensive as to why fans are desperately waiting for a second season. The first season of the series left fans on a cliffhanger. In fact, the series ended with a dark turn which got the audience shocked. During the finale of the first season it was shown that all three of the main leads are troubled. Additionally, they all are seen trying to get a little stability in life.

However, things take a bad turn when a tragic event occurs. Maddie’s son, Kyle, is seen unconscious in his brother’s car after crashing it during the final moments of the episode. The series ends after this and the fans have been just trying to get answers. However, it seems that they’ll have to wait till 2022 in order to get some answers.