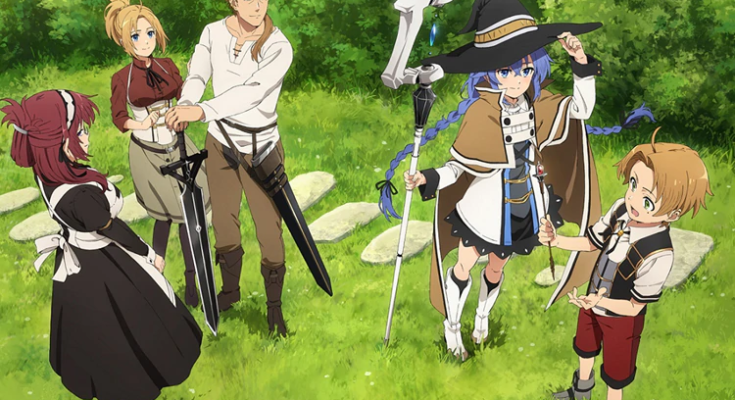 Mushoku Tensei Jobless Reincarnation is all set to return this fall. Recently it has released a trailer for part two and fans can’t stop hyping over it. However, the original novel is written by Rifujin na Magonote. This is a rather new anime and has made its debut in 2021.

Meanwhile, the studio in production is also doing its debut with this anime. Studio Bind is adapting this new anime. The first season has 11 episodes in total with some of the best and the most aesthetic animation. However, the second season was made to return in the summer of 2021. But due to the pandemic, it got delayed.

However, part two of Mushoku Tensei is finally making a return next month with a bash. The new episodes will continue the old story of Rudeus, Eric, and Ruijerd’s travels throughout the mysterious land. Demon Continent is creepy and has mysteries every step of the way. In the new trailer, we saw a whole lot of characters, powers, and dangers that will be faced by Rudeus and his Dead End party. But we know, Yuiko and her friends will overcome every situation.

The release date of Mushoku Tensei is said to be October 3, 2021. This season will have only 12 episodes in total. However, this release date is mainly for the audience of Japan. Yuki Ohara has returned performing the intro and the otro for the first. And for this season they have ‘ Keisho no Uta’.

Therefore, if you wish to catch up with the series you can watch it online. Basically, a 34-year-old underachiever got hit by a bus. But his story does not end there. He wakes up at a different place and it seems like he is reincarnated. To know more watch the series.

Also read: Attack on Titan: Season 4 Part 2 is Bringing Many New Twists to the Storyline