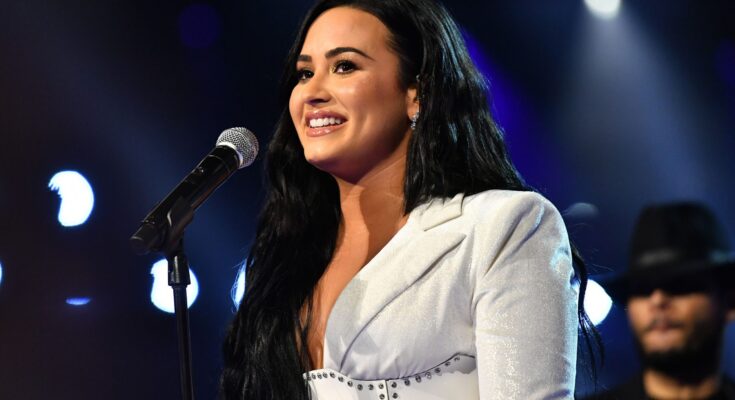 It was a night of pride & freedom

Demi Lovato, who identifies as non-binary took home the Celebrity of the Year award. Another star of the night, Anne-Marie, extremely famous for ‘Ciao Adios’ was presented with the MTV-sponsored Music Artist of the Year award, given by Alesha Dixon.

The event took place with the founding partner NatWest and the sponsor of headline Tesco. It was presented by TV host Gok Wan and Ru Paul’s Drag Race UK winner Lawrence Chaney.

Other celebs who were awarded

Philip Schofield, who bravely came out as gay on the morning show. He won a special recognition award.
This 59-year-old is on a vacation in Europe. Philip also said in a statement that this is a big deal and great news, this is a time proud moment for me.

When Schofield came out as gay to the public, he was supported and encouraged by his friends and co-star Holly Willoughby.

Away from the TV, in real life, Philip was also supported by his wife. They were married for 27 years at that time. And his kids’ molly and ruby as well.

Hillary Clinton, the former US presidential candidate is also an ally of the LGBT+ community. She has supported them for a long time now. Similarly, she is awarded the Global Ally Award through video.

She said in a statement that she cannot be more proud of the queer community. There is still more work that is needing to be done. To bring change in the hearts and minds of the people.

Olly Alexander, the star of Years & Years was awarded Media Moment Award. He was awarded for the channel 4 AIDS drama it’s a Sin. Many others were also awarded for their significant role to spread awareness and influencing the people to support the LGTBQ+ community.