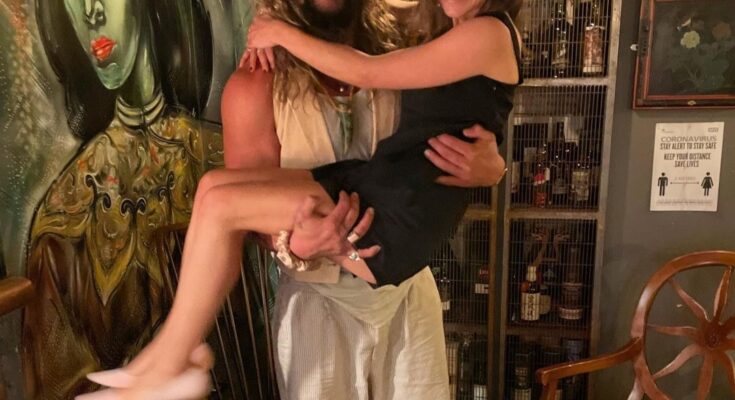 Emilia Clarke and Jason Momoa, the “Game of Thrones” couple and real-life friends, reunited this weekend. Also, couples shared photos of each other with heart emojis and cuddles on Instagram. Emilia Clarke and Jason Momoa, who played the love interest on Game of Thrones, reunited recently for drinks, which is their first known rendezvous in almost two years.

Their friendship over the years

Furthermore, Clarke, who played dragon queen Daenerys Targaryen, posted a picture of Momoa literally sweeping her off her feet at a party for show co-creator David Benioff last weekend. Clarke captioned the photo, “When your sun and stars roll into town you check that he can still bench press a Khaleesi.” Momoa commented on the post, “love u forever moon of my life” with seven hearts.

She wrote it on Instagram on Sunday, Aug. 15, alongside a photo of Jason carrying her. The relationship is getting more and more exciting for their fans. Waiting for announcements if they work together on major projects.

Clarke and Momoa have remained close friends, even though Momoa’s role on the series lasted only one season. Game of Thrones, which concluded its eighth season on May 19, 2019, starred the two as husband and wife. Although Momoa’s role was relatively brief, it appears that the pair haven’t really strayed too far apart over the years. In addition to describing her experience as ‘lucky’ to have worked with Momoa, she mentioned that the actor was ‘kind’ and ‘considerate’ as well as caring about her.

While both have worked on numerous high-profile projects since leaving Thrones, Momoa is currently shooting Aquaman and the Lost Kingdom, and Clarke is slated to star in Marvel’s upcoming Disney+ series Secret Invasion.