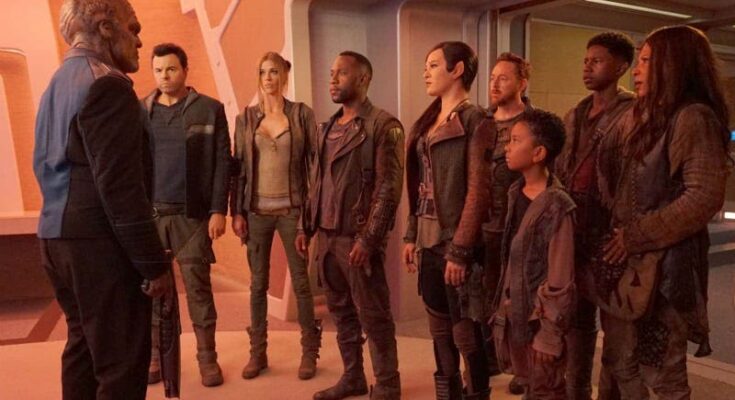 Release date of The Orville’ season 3 has been confirmed by Hulu with a trailer as well as a new subtitle.

The creator and star Seth MacFarlane previously revealed that they have finished filming in August. And Now the famous science fiction series’ season 3 is going to release on 10th of March, 2022.

A series in the future

The plot of the series is set 400 years in the future. The story is about the crew of the USS Orville, exploring new strange new worlds, exploring the mysterious universe. And during this they also face some really dangerous situations.

In the new released teaser of the series we can only hear the characters conversing. What we see is an empty deck of the Orville and suddenly the security lights turn on which makes a tense environment.

The series will be released in Hulu under the title “The Orville: New Horizons”. Season 1 and 2 of the Orville was under Fox but after Season 2 the showrunner moved it to Hulu. The future of the series is still in front of question mark. Even the creator Seth MacFarlane said is in his tweet that he is not sure about the show’s future.

The season 2 of The Orville ended in 2019. Since then production of season 3 is getting delayed for several time due to the Covid 19 pandemic. After almost 3 years now finally fans confirmed to get their show back with a new season.