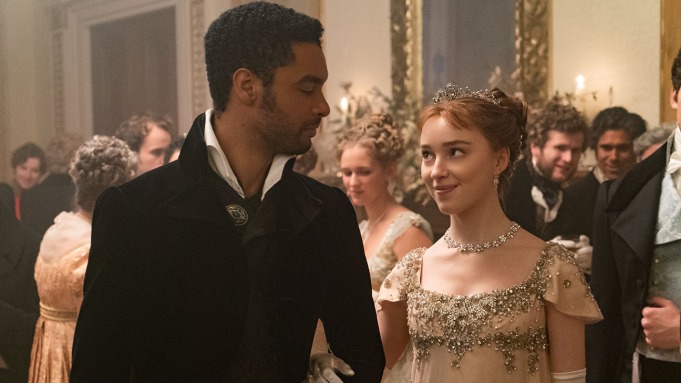 Netflix’s Co-CEO Ted Sarandos revealed the viewership numbers of its top 10 original shows. It is miraculous how Netflix is trying to be very transparent. Also, as claimed by Netflix, Bridgerton emerged as the streamer’s most-watched original series ever!

On Monday afternoon, co-CEO Ted Sarandos released two slides containing viewership data of Netflix content. The first slide revealed the number of households that viewed a selected title and streamed it for at least two minutes. All these numbers are only of the first 28 days since that show’s release. The second slide showed details about the total time (in hours) spent streaming a particular title in the initial 28 days.

Bridgerton — the Regency-era London romantic drama series, emerged as the show viewed by the highest number of Netflix accounts (82M). In addition, Bridgerton also became the No.1 series based on the time (625M) spent viewing it. So doing the necessary calculations, we obtain 7 hours and 37 minutes of streaming time per household. Meaning the viewers have streamed almost the entire eight episodes of Bridgerton at a stretch (given the series runtime is 8 hours and 10 minutes).

Data of other top shows

Stranger things season 3 had the view time per account as 8 hours, 41 minutes( 67 million accounts streaming it for 582 million hours). However, its actual runtime is only 7 hours, 29 minutes. These numbers imply that few households have not only completed the entire series but have also re-watched few episodes again. Again remember this is only the data of the first 28 days of the show’s release!