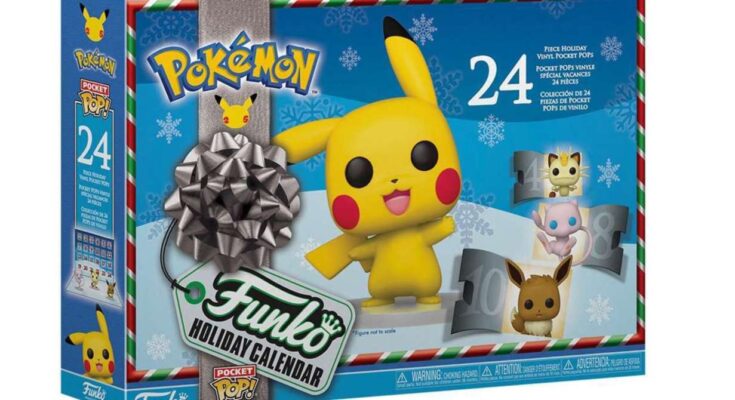 Funko is in the midst of their Festival of Fun holiday event, which will include their big Pop figure, advent calendar, and game releases for the 2021 holiday season. Odds are one of the biggest releases that will debut during the event is the very first Pokemon Pocket Pop advent calendar.

The Pokemon Funko Advent Calendar will include 24 Pocket Pop surprises for you to uncover each day of December leading up to Christmas. We say “surprises”, but if you really want to know exactly what’s in the box, you’ll find an image highlighting the complete collection on the product page here at Entertainment Earth where you can get your pre-order in for $54.99.

Basically, the Pokemon figures in the advent calendar are pocket-sized versions of the Pop figures that they’ve released in the Pokemon lineup previously. This includes multiple versions of Pikachu, Charmander, Mewtwo, Mew, Raichu, Bulbasaur and more. They even included some metallic silver variants. Unfortunately, these metallic variants come at the expense of a more complete Pokemon Pocket Pop collection – the most notable omission being Charizard.

As noted, the debut of the Pokemon Funko Advent Calendar is part of Funko’s Festival of Fun holiday event. Odds are we will see several advent calendar releases for Festival of Fun, along with holiday-themed Funko Pop figures and games. You can keep track of it all right here via our Festival of Fun master list.