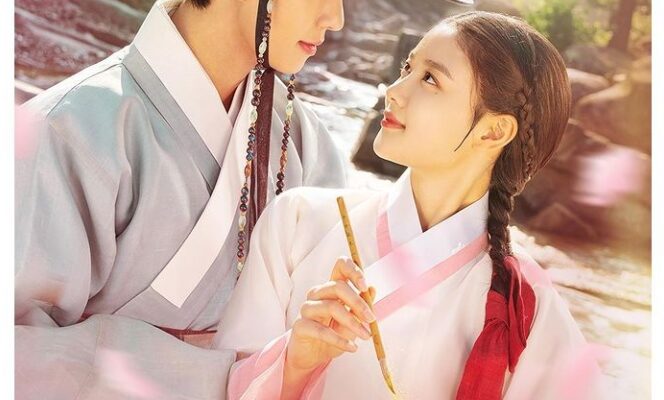 A poster to warm your hearts

The main poster for the upcoming romantic drama ‘The Lovers Of The Red Sky’ is released and it is welcomed with lot of love and support!

The drama has been adapted from the novel of the same name by the author Jung Eun Gwol. K-drama has already created history for its creative stories and it’s beautiful execution on-screen. There is another addition the list by this new drama.

The poster has gained lot of love, and fans are going ‘wow’ for its graceful and sweet picture. Considering the response from the fans they are about to witness a wonderful love story filled with many twists and turns.

The story is a remake of the novel of similar name and it is a historical fantasy drama. The drama depicts the character of Hong Cheon Gi, the first female painter from the Josean’s dynasty. A born blind young girl who eventually regains her vision and expands the skill of art. She is a girl of both ‘beauty and brains.’

The male lead character of Ha Ram, a blind astrologer who has the ability to foretell the future of anyone. Both cross paths at the Korean Royal Academy of Painting which results in love. Hong Cheon Gi personality and Ha Ram’s intelligence meets up making them deserve a happy relationship.

There are also 4 main characters carried out by very talented actors making this drama a must watch program. The drama not only consists of love and romance but also the ethnicity and the history of the Josean’s dynasty.

The trailer of the drama was released on August 4. It was revealed by SBS.

The trailer reveals the mystery of both the lead characters Hong Cheon Gi and Ha Ram. It is time to rediscover the world for Hong Cheon Gi and a time to unmask Ha Ram’s identity by showing his red eye. When Hong Cheon Gi confessed her love for Ha Ram he expressed his sadness by saying he is already a dead man if he starts to grow feelings for her.

However, ‘Lovers of The Red Sky’ is set to spread its love to the world on August 30, 2021 on SBS every Monday and Tuesday at 10: 00 PM KST. The drama will also stream online through Viu.